Recovery in Global Economy with Signs of Uncertainty

The half-yearly review report on trade and trade-related developments for the period from 1 November 2009 to mid-May 2010 reveals thats while the global economy is recovering, but there are risks ahead. It says despite the severity of the global financial crisis and its widespread impact on economies around the world, governments have largely resisted resorted to trade barriers.However, there are still instances of trade restrictive measures taken during the period under review. There also appears to be an increasing trend in the use of export restrictions affecting mainly food products and raw materials.

In a few cases, some governments have taken trade facilitating actions. Given the current economic environment and the risks ahead, governments should remain vigilant to preserve the level of trade openness and act to remove the most trade restrictive measures taken over previous periods.

The major points made in the report are: 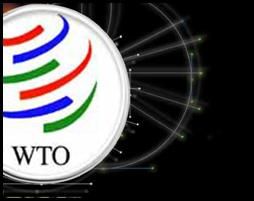 Fewer new restrictions, but they are accumulating; priority to exiting restricting measures.The monitoring of trade and trade related measures implemented during the period under review reveals that some governments continue to have recourse to new trade restrictions. However, it also confirms the overall pattern of a declining trend in terms of instances of new measures and their coverage of trade. Although this declining trend is to be welcomed, careful attention has to be given to the growing risk of a potential accumulation of trade-restricting measures implemented since the outbreak of the global financial crisis. This risk is compounded by a relatively slow pace of removal of previously adopted restrictive measures. Exiting current restricting measures should be a priority.

The factual information collected by the WTO Secretariat on new trade and trade-related measures implemented between 1 November 2009 and mid-May 2010 shows a number of instances of countries taking measures that have the potential to directly or indirectly restrict trade. The most common measures identified during this period were the initiation of new trade remedy investigations.

On the other hand, some governments implemented, during this period, measures to facilitate trade, in particular by reducing or temporarily exempting import tariffs, and by terminating a few traderestrictive actions started in previous periods. However, based on a simple count, measures that have the potential to restrict trade outnumber those that facilitate trade by a factor of3:2.

The global economy is recovering, but risks ahead .The global economic recovery has been evolving better than expected in the last six months, but the recovery is still subject to significant downsize risks. In many parts of the world the strength of the rebound is moderate. World GDP is expected to grow by 4.2 per cent in 2010 (compared with a decline of 0.5 per cent in 2009), mainly driven by good performance in emerging developing countries. Merchandise trade is forecast to expand by 9.5 per cent in 2010 after the unprecedented decline of 12.2 per cent a year earlier. In advanced economies, unemployment is projected to stay close to 9 per cent through 2011 and then to decline only slowly. Trade has an important role to play in firmly anchoring the economic recovery, and offers a sustainable, non-debt creating source of growth and development.

Even if the global economy is on recovery path,the financial crisis and the global economic downturn that followed have had far - reaching effects,especially on developing countries. Economic growth in the world's low income economies has held up much better that during previous recessions.

However, the overall impact of the crisis on poor countries should not be underestimated. The IMF and World Bank reported that the global economic crisis has slowed the pace of poverty reduction in developing countries. The IMF estimates that by the end of 2010, 64 million more people will have fallen into extreme poverty than without the crisis.

More open trade can support the nascent economic recovery. Significant risks for the trading system remain as long as unemployment continues at peak levels and government fiscal positions tighten. Keeping trade open has been and remains crucial in providing opportunities for countries to emerge from the global crisis, in particular at times when public deficits are growing for many. These opportunities can only be seized fully1:hrough a prompt and successful conclusion of the Doha Development Agenda. Until the Round is concluded successfully, there also remains a large amount of room in which protectionist pressures can continue to agitate. Implementing a coordinated programme of trade liberalization and facilitation on a global scale, including reducing the gaps between applied and bound levels of trade restriction and distortion will substantially strengthen the capacity of the multilateral trading system to help governments resist these pressures. Based on a WTO Secretariat estimate for 22 countries (developed and developing) and on the draft DDA modalities on the table, the trade-weighted average bound tariff would be cut by half (from 8.5 to 4.1 per cent)

Merchandise trade is forecast to expand by 9.5 per cent in 2010 after the unprecedented decline of12.2 per cent a year earlier. In advanced economies, unemployment is projected to stay close to 9 percent through 2011 and then to decline only slowly.

Pending a successful conclusion of the DDA negotiations, it is important that governments recommit to refrain from raising trade barriers as a means of overcoming the effects of the global crisis, and to roll-back those trade restricting measures already put in place during previous periods.

As many stimulus programmes end, governtments should remain vigilant.

Even if thus far resort to protectionist measures has been relatively muted, governments must remain vigilant. Economic conditions around the world, in particular persistent high levels of unemployment and mounting pressure on government finances, may continue to feed into protectionist pressures. The expected end of the government stimulus measures may add to those pressures. It is noteworthy that in some cases, governments have been confronted with strong calls to resist protectionist actions. These calls seem to have played their part in the restraint that most governments have shown in restricting trade.

Many government stimulus measures are still in place, but newer specific programmes are becoming less frequent than immediately after the start of the crisis. Given the sheer size of these packages, stimulus measures taken to rescue sectors of systemic importance (such as banking) or to preserve jobs (as in the automobile industry) or to stimulate demand (such as consumption tax reductions or "buy national" provisions in government procurement legislation) may be more significant in terms of their potential impact on trade and free competition than traditional trade restrictions. However, any detailed economic analysis of these measures should consider the extraordinary situation in the global economy and the exceptional responses judged necessary by governments, while avoiding counter-productive distortions of trade.

The sectoral analysis in the last section of this report illustrates the situation in three particularly sensitive areas (car industry, iron and steel sector, and textiles and clothing), where the global crisis seems to have been felt much harder and where governments implemented a number of trade and trade-related measures to help these sectors overcome the crisis. The analysis shows that these sectors were confronted with adjustment problems long before the crisis and that important challenges are still in front of them. They are characterized by high employment, overcapacity and were already the focus for trade restrictions. However, trade restricting measures in the textiles and clothing sector have been limited.