Though China's economy is surging ahead with almost all economic indicators favouring the current economic situation, it is not likely to continue with the same momentum that it had been expected. True, China's economy continued to forge ahead in May on the back of strong domestic and external demand, with both investment and consumption climbing at double digit rates. Inflation also moved higher. While the recent spate of wage hikes on China would exert upward pressure on prices in the longer term if there is no corresponding increase in productivity. The consumer price inflation is expected to decelerate in the coming months as food and world commodity prices show signs of easing. 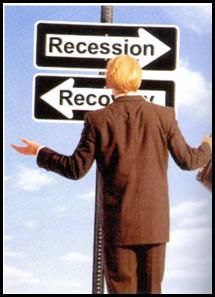 It is true that there has been a persistent surge of the China's exports in May amid growing uncertainty in the European economy also raised hopes that the potential impact of the European debt crisis on global trade might be less severe than expected. However, with most of the European countries planning for spending cuts and tax hikes in the months ahead to restore fiscal discipline, mainland China's exports are bound to advance more slowly going forward.

As was discussed in the last issue of The Stitch Times, The People's Bank of China had announced on 19 June that it would increase the flexibility of the RMB and re-peg it to a basket of currencies, thus effectively ending the US dollar-RMB peg. It also stated explicitly on 20 June that there would be no one-off revaluation of the RMB against the US dollar. Mainland China has been holding the RMB steady at about 6.83 to the, US dollar since mid-2008 in an attempt to cushion its economy from the global financial crisis.

It is expected that under the new arrangement, there is likely to be more day-to-day volatility in the US dollar-RMB exchange rate. It also implies that the RMB could appreciate or depreciate against the US dollar. Despite the change, however, The Stitch Times had forecast that the RMB would gradually appreciate, reaching around 6.65 versus the US dollar by the end of this year, or an appreciation of about 2% from its current level.

The internal economy of China is strong and its economy continued to forge ahead in May. Domestically, fixed asset investment in urban areas climbed 25.41% in May after rising by the same rate in April, while the retail sales of consumer goods gained 18.7%, slightly faster than the 18.5% growth of the previous month. Inflation also rose with consumer prices jumping 3.1 % in May after increasing 2.8% in April. In the first five months, consumer prices rose 2.5%, of which over 90% was due to increases in food and housing-related prices.

There is no immediate threat to growth pace of Chinese exports. The persistent strength of external demand amid growing uncertainty in the European economy was all the more impressive. In May, mainland China's exports grew at a faster pace of 48.5% after rising 30.5% in April and 28.7% in the first quarter. In the first five months, China's exports grew 33.2% compared with a contraction of 16.0% for the whole of 2009. During the period, exports to the European Union (EU) climbed 34.4% compared with the 24.8% growth recorded for exports to US.

While, strong exports by China raised hopes that the potential impact of the European debt crisis on the global economy might be less severe than expected. But this not take in to account the fact that the debt crisis in Europe only began to deepen in the second quarter implying that its impact on the global trade will not be felt until later this year. With Europe being the Chinas biggest market absorbing over one-fifth of its total exports, any noticeable slowdown in Europe's imports could have a substantial impact on the Mainland's export sector.

True, the sovereign debt crisis in Europe appears to have subsided in June after the coordinated effort of the EU and the International Monetary Fund to provide assistance to debt-laden countries in the region, it was far from being resolved. The sharp volatility of the currency market in recent weeks tells all. The Euro tumbled 1.7% on June 4 on the Hungarian news to below 1.2 against the US dollar for the first time in more than four years. Since November 2009 when the Euro started to weaken, the single currency has already depreciated by some 19% against the US dollar and the RMB.

Apart from the possible spread of the debt crisis in Europe, there are fears that Euro-zone austerity measures that come with the rescue package would halt the recovery in Europe and stifle global growth. Even Germany, the largest Euro-zone economy without any imminent fiscal debt problem, has recently veiled the largest austerity package since World War II that aimed at saving 80 billion euro by 2014.

With most of the European economies planning to cut government spending or raise taxes in the months ahead to restore fiscal discipline, it would be unrealistic to expect exports to Europe to continue growing at its current brisk pace.

Apart from slowing export growth, the Chinese economy has to contend with the challenge of increasing labour unrest and rising wages. At least seven strikes have been reported in the Pearl River Delta since May as workers in foreign factories demanded higher better working conditions. Persistent strong economic growth has obviously strained an already tight labour market. To settle the strikes, wage increases ranging from 20% to over 100% were reported in some of the affected plants. Local governments across the country also raised the minimum wages by 12% to 28% to contain public discontent after freezing them for a year in 2009 amid the global recession.

Pay hikes across the country have sparked concern not just about how they would aggravate the already harsh operating environment for foreign enterprises but also about their potential impact on the country's inflation. So far, strikes were limited only to a few cities without causing serious disruption to production and exports. But with the pool of surplus labour widely believed to be shrinking fast, it will have important implications for labour cost and inflation in the longer term. In the near-term, however, inflation is likely to remain low as any pressure exerted on prices by the recent pay hikes would be mitigated by easing world commodity prices. In May, world commodity prices as represented by the Commodity Research Bureau (CRB) index, gained only 0.6%, having once climbed as much as 30% in February. With China's producer prices moving closely with world commodity prices, it is likely that producer together with consumer prices would moderate in the months ahead.

As was discussed in the previous issue of The Stitch Times, China's policymakers will be hesitant in withdrawing fiscal or monetary stimulus. Interest rates in China are likely to remain on hold for the rest of this year, especially as monetary conditions might tighten after the central bank's latest decision to increase flexibility of the Yuan exchange rate.

However, while projecting the impact of appreciation of Yuan, one would be less than fair if one were not to take into account the experience of Yuan appreciation in the recent past. Look at the past data. From July 2005 to July 2008 China revalued the Yuan by a whopping 21 %, an amount far greater than we can expect this time around. From January 2006 to January 2009, China's FOB prices rose by an even more whopping 27%. However, when the value of the Yuan stabilised at its new level, a funny thing happened. FOB prices, rather than remaining steady, fell by 11%.

To sum up, while China would have to content with some appreciation of Yuan, which by itself may not be cause for any big concern, but certainly when it happens in concert with other factors, as referred to above, the situation for China's continued growth may not be favourable, to put it mildly.