Notwithstanding the fact that developed economies teeter due to rising recession, risk for developed countries is lesser, than those with developing economies.

High inflation rates retard a country's economy. The damage is more prominent in case of countries with emerging economies. It increases their financial fragility, and puts the developing countries under the threat of a financial crisis. Hence, controlling inflation has become the primary, and a long-term goal of monetary policy especially for developing countries.

A greater risk of price hike is on the emerging markets like China, India, and Sri Lanka. During the previous year, inflation has risen to its highest in the past nine years. In many places, official inflation rates are even understated as the consumer price index does not include private services. Delays in data collection may also misrepresent the actual rates. Economic analysts predict that if accurate data are collected, and analyzed, 5 out of the 10 biggest developing countries will be having inflation rates of 10% or even more. India, Russia, Brazil, Argentina and Middle East oil exporters face big risks. 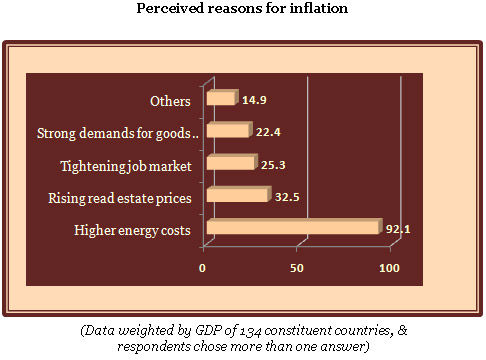 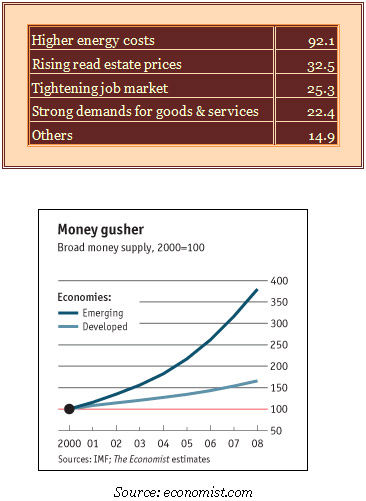 Commodities such as gold, silver, other metals and crude oil are most affected by rate hikes. It is generally believed that inflation is caused by excessive growth of money supply. On an average, money supply in the developing countries has increased by 20%. This is three times more than that of the developed nations. 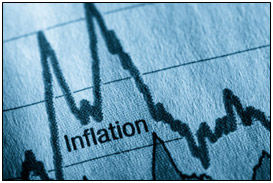 Economies in the developing nations are running in full force. Money supply is more, and inflation rates are not anchored. Labor markets are inflexible, with a possible risk of a spiral in wages. As productivity growth is fast in the developing countries comparatively over the developed nations, real exchange rates of the developing economies are most likely to experience a rise.

In an interview with CNBC-TV18's Udayan Mukherjee and Mitali Mukherjee state that markets have ran too fast, and the current situation is a bit of correction. They state, "Consequently, markets have had a bit of a pullback. My feeling at this stage is that what we are seeing is just a correction. It is not the start of a new big leg down in markets. It is just that markets had run a bit ahead of themselves. There is still quite a bit of uncertainty out there and we are going through a b it of a pullback. We will still see more strength in share markets, both in the EM world, in India but also in the US over the remainder of this year". (Source: moneycontrol.com) 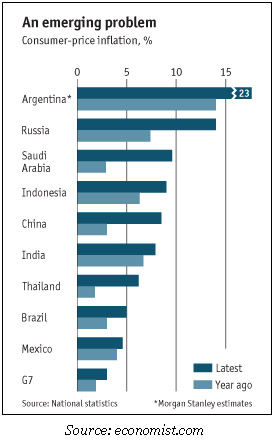 Brazil has increased the interest rates by 50 basis points with a view to control inflation. China and India are chalking plans to tighten their monetary policies. A hike in the RBI rates and some softening in the reserve ratio are believed to alleviate the liquidity situation. Indian Government, apart from price control, and export bans, has also suspended futures trading for some commodities. Though this might cap the rate hikes and avoid a social unrest in the short run, may cause an imbalance in the economy due to stroked prices. 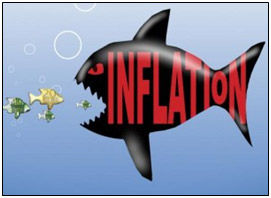 Mainstream economists generally prefer a low or steady rate of inflation such as zero or negative. A tightening of the monetary policy is required. This may help to reduce severe economic recessions, help the labor market to adjust with the downturn, and minimizes risks of liquidity traps.