There are three basic needs that a man possesses food, clothing, and shelter. The global textile and clothing industry is bound to be huge, as it fulfills the second basic requirement of man. It is worth $480 billion at present and is expected to reach $700 billion, shortly. This is because people are getting increasingly conscious of the way they dress. It has become a means to create an impression and represent their personality. Everybody wants to strike an impression with different and fashionable clothes.

But the sad fact is that the human greed to look appealing and wear glamorous clothes has ended up causing harm to the environment. The textile industry is one of the most pollutants releasing industries of the world. Surveys show that nearly five percent of all landfill space is consumed by textile waste. Besides, 20 percent of all fresh water pollution is made by textile treatment and dyeing. 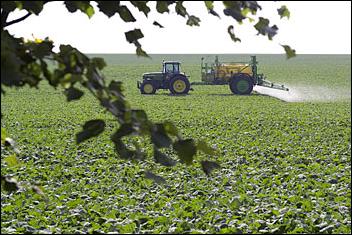 Pollutants released by the global textile industry are continuously doing unimaginable harm to the environment. It pollutes land and makes them useless and barren in the long run. Surveys show that cotton consumes the highest amount of harmful pesticides and fertilizers. Majority of them fall on land while they are sprinkled on the crop. Similarly, textile manufacturing units release hazardous waste into the nearby land.

A study was conducted to test the amount of metals present in soil and groundwater located near to the textile and tannery industries in Haridwar, India. Results indicated all the metals like Chromium, Iron, Manganese, Copper, Lead, and Cadmium were present in amounts larger than that prescribed as safe by World Health Organization (WHO). They can cause many problems in living beings.

The hazardous effects of the use of toxic fertilizers in the farms are the highest in India, Pakistan, and Bangladesh. A case of 1991 caught attention when four US companies based in South Carolina mixed large amounts of hazardous wastes into a shipment containing fertilizers. The wastes contained huge quantities of lead and cadmium. This shipment was purchased by Bangladesh. Before the reality came into limelight, it was used in farms across the country. Children sprinkled these fertilizers in farms without any protection and were negatively affected by its exposure. 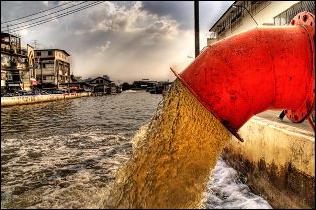 The textile industry uses millions of gallons of water everyday. The problem does not rest in the high usage, though! The waste is not treated to remove pollutants from it before it is disposed to water bodies. The waste water usually contains PBDEs, phthalates, organochlorines, lead, and many other chemicals that cause severe health problems and diseases in human beings.

The liquid effluents released by the textile industry are the most disturbing area of concern. This is because the toxic material released through liquid waste is vast in quantity. It consists of chemicals such as formaldehyde (HCHO), chlorine, and heavy metals. Besides, it is disposed into water bodies that reach far away areas and is consumed by a large number of people for drinking or for daily activities. They need to be treated to reduce their toxic content before being released into water bodies.

Air pollution caused by the textile industry is also a major cause of concern. Boilers, thermo pack, and diesel generators produce pollutants that are released into the air. The pollutants generated include Suspended Particulate Matter (SPM), sulphur di oxide gas, oxide of nitrogen gas, etc. The nearby areas with human population get affected adversely owing to the release of toxic gas into the atmosphere.

It has become utterly necessary to reduce the pollutants emitted by the textile industry. Contamination of the air, water, and land by textile industries and its raw material manufacturing units has become a serious threat to the environment. It has endangered the life of human beings and various other species on Earth. Global warming is a direct result of the pollutants released by such industries. It also causes harmful diseases and health issues in people getting exposed to the pollutants in the long run.

The use of organic raw material can help in fighting the emission of pollutants by the textile units. Organic cotton is especially beneficial as the production of cotton asks for the maximum amount of pesticides and fertilizers. Besides, the waste generated from textile manufacturing plants should be processed in a manner that it is free from toxic chemicals before it is disposed. Environment friendly methods of cultivation and manufacture should be resorted to.

There is no doubt to the fact that the textile industry releases harmful pollutants into the atmosphere in large quantities. It is agreed all over the world that textile industry is one of the most pollutants emitting industries of the world. Almost 2000 different types of chemicals are used in this industry. It consumes as well as contaminates fresh water. There is a need to take actions in this direction, urgently.