Would RBI Intervention Save the Rupee Slide?

Rupee slide: No need for the central bank to prop up the currency

What is the exchange rate? It is nothing but a price. It is the price of foreign exchange in rupees, or vice versa. In any market, prices fluctuate, depending on supply and demand. If all prices are administratively determined, there is zero uncertainty.

At one point, centrally-planned economies thought they would be able to mimic markets and administratively determine prices and resource allocation. Resultant inefficiencies are known. The market outguesses the central planner. It is reminiscent of the story about monkeys.

In a village, a man came and told villagers he would buy monkeys at Rs 100 each. Villagers began to catch monkeys and they were temporarily stored in a cage in the village. As monkey-supply declined, he progressively increased the price to Rs 500. The man had to go away and temporarily left the monkey-business to his assistant. 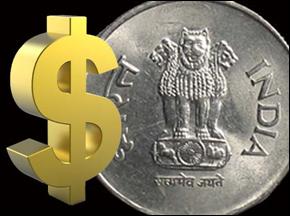 The assistant told villagers he would sell them the caged monkeys at Rs 350 each and they could then sell those back to the monkey-man at Rs 500. Once this was done, the monkey-man and his assistant were never seen again. One should think of this story whenever one suggests central banks should determine exchange rates and prevent them from appreciating or depreciating.

That can only be done by selling or buying forex. Apart from other costs, there is a presumption central banks know what the right exchange rate is. Speculation is often used as a dirty word. Speculators perform a useful intermediary function between buyers and sellers of a commodity.

In a forex market, with large volumes traded, even a second decimal point can provide arbitrage opportunity, especially if a bilateral exchange rate determined by RBI for intervention is out of line with cross-rates outside the country. Forward markets, as opposed to spot markets, complicate the story.

Apart from anything else, they are linked to expectations. With private cross-border capital flows increasing in importance, that's the reason the Bretton Woods system of fixed exchange rates collapsed in 1970s. Before reforms, Indian exchange rates were administratively determined. The rupee was overvalued by a factor of around 25% and there was a thriving hawala market.

We transited through partial convertibility to a market-determined rate. I remember walking into a bookshop in those partially-convertible days of 1993. There were two identical copies of a book, published abroad. But their rupee prices were different, because they had been imported on different dates.

Reading or writing about market-determined exchange rates is one thing. Experiencing it at first hand is another. RBI's present forex measures are knee-jerk and temporary, be they on exporters holding foreign currency, intra-currency day trading or NRI deposit rates. They are also against spirit of reforms, though plausible arguments can be made about capital and forex markets not being broad enough, or controls on capital account. 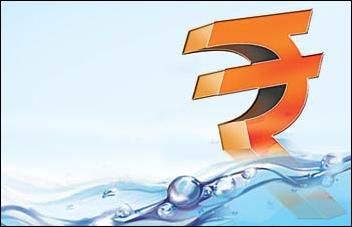 There is a difference between secular forex trends and volatility. As secular trend, we know the following. If a country grows fast, as India is expected to, demand for rupees will increase and, therefore, in the medium term, rupee will appreciate. But that's medium term. In general, depreciation is good for exports and bad for imports.

From that export angle, we also have a purchasing power parity (PPP) argument, which is more normative and less descriptive in nature. If inflation rates in India are relatively higher, rupee should depreciate, to ensure export price competitiveness. And there is also an interest-rate parity argument. If interest rates in India are relatively higher, capital flows into India will encourage rupee appreciation.

For some time, India had these two forces working in opposite directions. In 2003-04, contrary to a priori logic (since India is supposed to be a capital-deficient country), there was even a surplus on capital account. The present problem is that we have an increasing current account deficit and declining capital account inflows.

As a permanent solution, RBI intervention is no answer. Apart from other costs - and it becomes impossible to disentangle secular trends from volatility - it encourages those with forex transactions not to take forex cover. Life is full of uncertainty and forex markets are no different. Confronted with volatility, you hedge, assuming you are risk-averse. (There is a valid argument about lack of depth in forward markets.)

That's like paying a premium for insurance. Blaming it all on Greece is dysfunctional. The argument that FII inflows represent hot money is also pointless. All speculative flows are volatile. They are 'hot' only in the sense that they exit a country that is become 'hot'.

Why have we made India too 'hot' for FDI and FII inflows? Why have we fuelled the expectation angle that the India Shining story has now yielded to an India Whining one? Why have we conveyed the signal that nothing is going to happen before 2014? One should introspect, and not just retrospect, tax laws.

This article was originally published in the Economic Times, dated 26th May, 2012, written by Bibek Debroy. He is the professor at the Centre for Policy Research.