Poll Suggests Worst May be over for Indian Economy 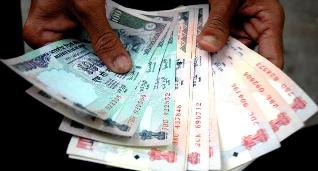 India's growth slump has passed and the economy will gradually recover over the next year, a Reuters poll showed, but the rate of expansion for this fiscal year will still be the weakest in a decade. The poll of 35 economists, conducted October 1-10, showed India's gross domestic product probably grew 5.6 percent annually in the quarter just finished and will pick up speed slightly to expand 5.7 percent in the current quarter.

Economic growth in Asia's third-largest economy probably bottomed out in the quarter to March, when it eased to 5.3 percent from a year earlier, the slowest in nearly three years. While weak demand from the West has hit Indian exports, the heaviest drag has come from government overspending and a lack of reforms needed to spur investment, a point made by ratings agencies Standard & Poor's and Fitch Ratings, which have threatened to downgrade India's sovereign credit rating to junk.

To address those concerns, India has recently announced long-awaited reforms such as raising the price of subsidised fuel to rein in the budget deficit and increasing foreign investment caps in the retail, aviation and broadcasting sectors.

"These reforms will improve business sentiment and encourage domestic and foreign companies to invest in India, more than they would have otherwise have done, although (they) will not have a dramatically positive impact overnight on Indian economic growth," said Robert Prior-Wandesforde, the Director of Asian economics at Credit Suisse in Singapore.

The full-year growth rate for the current fiscal was also slashed in the Reuters survey to 5.7 percent from 6.3 percent in the July poll. If realised, that would be the weakest yearly rate of growth in a decade. Growth predictions for this fiscal year have now been cut in every poll since April last year and highlight the perilous state of an economy which once roared with near-double digit growth rates.

Part of the rebound in growth seen in coming quarters will also be due to the comparison with the year-ago figure, or base effect, which could obscure the actual strength of the recovery. "The March quarter was the bottom and we will see a modest further recovery from here," said Prior-Wandesforde. "Especially as we are entering a period when base-effects become very easy to compare with a period that was weak, so it has to be a awful lot weaker than it was last year, when the high interest rates were having maximum effect on growth."

The International Monetary Fund slashed its India forecasts, predicting growth of 4.9 percent this calendar year, down from a forecast in July of 6.1 percent. It pencilled in 6.0 percent growth in 2013.  The poll consensus is for growth of 6.6 percent in the next fiscal year, but that could be in jeopardy if there is no resolution to the prolonged euro zone debt crisis, seen as a necessary catalyst for a global economic recovery.

"We expect a gradual recovery in growth next year, but this recovery is based on a continuation of pick up in reforms announced recently which is important for investment cycle," said Leif Eskesen, Chief Economist for India and ASEAN at HSBC in Singapore. "And also on a gradual stabilisation in global economic conditions which will have positive implications on exports."

More Easing on the Way?

The Reserve Bank of India has waged a prolonged and unsuccessful battle to bring down inflation, raising interest rates 13 times between March 2010 and October 2011. But in April this year, it surprised markets by cutting the main policy rate by 50 basis points to 8 percent to spur slowing economic growth. Since then, the Central bank has shifted the onus of reviving growth onto the Government.

Still, though inflation expectations were pushed up in the poll, economists predict another 25 basis points cut in interest rates to 7.75 percent by the end of this year, in line with a poll taken last month. "We need to see inflationary pressures dissipate before the RBI will be comfortable on cutting interest rates," said Eskesen. The poll consensus predicted inflation at 7.6 percent in the year ending March 2013 before easing to 6.9 percent the following year, both much higher than the 7.4 percent and 6.5 percent forecast in July's poll.

This article was originally published in the Stitch Times magazine, November, 2012.