India's GDP growth languished around its lowest in three years in the quarter that ended in June, offering no respite for Prime Minister Manmohan Singh as he struggles to escape a series of political scandals that have paralyzed his economic agenda.

Weak demand in the West has hit exports, but the heaviest toll on the economy is from overspending and a lack of reforms at home - a point made by both the Central bank and ratings agencies Fitch and Standard & Poor's, who threaten to downgrade India's sovereign ratings to junk. The economy grew 5.5 percent in the quarter, Government data showed, just above the 5.3 percent posted in the three month period ending in March and slightly better than economists' expectations in a Reuters poll. 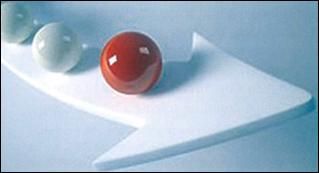 Some investors have been optimistic a weak growth number would persuade the Central bank to lower interest rates at its Sept. 17 policy meeting, but the bank's recent comments remain hawkish in the face of stubbornly high inflation. The RBI still maintains a hawkish bias and rate cuts are still seem some way off. Asian data momentum has not been great in Q3 so it is difficult to see a dramatic improvement in Q3, said Jonathan Cavenagh, a Currency Strategist at Westpac, Singapore.

The manufacturing sector grew an annual 0.2 percent during the quarter, the first of the 2012/13 fiscal year that runs to next March, while farm output rose 2.9 percent. For now, Finance Minister P. Chidambaram is focused on small bore measures he hopes will put the economy on track, and his ministry is also contemplating possible budget cuts later in the year.

The Reserve Bank of India (RBI) met on Sept. 17 to review monetary policy and bond prices rallied in following week on expectations a low growth reading would pressure the bank to reduce interest rates, some of the highest among major economies. But only recently the RBI said fighting inflation remained the cornerstone of its monetary policy, and said lower interest rates alone would not jumpstart the economy. India's benchmark 10-year bond yield raised 3 basis points to 8.23 percent after the GDP data.

Rahika Rao, Economist" FORECAST PTE, Singapore says, "Sense of relief was palpable in the domestic financial markets after the stronger-than-expected Q2 GDP print. Whilst an upside surprise at 5.5 percent, the pace of growth is undeniably below potential and validates the need for the Government to address sluggishness in investment and external sector activity. Inflation remains sticky for the same reason that GDP is under weather - supply side constraints and structural bottlenecks. Thereby RBI action, we reckon, will be dictated by when the Government gets its act together on the fiscal situation and ease structural constraints. We nonetheless still see reason to hold on to 50 bps rate cut by year-end, albeit might be deferred to Q1 2013."

Nitesh Ranjan, Economist, Union Bank of India, Mumbai says, "GOP growth is a bit higher than our estimate of 5.4 percent, but there are no broad surprises except construction growth being in double digit and higher growth in agriculture The flat growth of manufacturing sector is presently the main worry; no doubt weakness in services is also getting extended. 00 not think that (fiscal) first-quarter GOP data will have any bearing on RBI's monetary policy stance for mid-quarter review. However, in our view, extent of dip in growth indicators is more likely to trigger a rate cut in future rather than inflation since price pressures do not seem to ease soon."

Jonathan Cavenagh, Currency Strategist, WESTPAC, Singapore, says, "Likely to take some of the heat out of USD/INR but only at the margin. The RBI still maintains a hawkish bias and rate cuts still seem some way off. Asian data momentum has not been great in Q3; so difficult to see a dramatic improvement in Q3."

A survey undertaken by CII places the GDP growth at less than 6%. The survey says that the country's economic growth in the current fiscal is expected to remain below 6 per cent, possibly due to low confidence levels in the industry. ''A majority of CEOs remain pessimistic about the outlook for the economy in the current year and expect only a moderate recovery in the forthcoming year," CII said in its survey. The survey indicated that the GOP growth during 2012-13 is expected to remain below 6 per cent.

"This reflects low confidence levels in industry. The first quarter GOP numbers corroborate the fact that the slowdown is sustaining. Our best hope would be that the economy is bottoming out," CII Director General Chandrajit Banerjee said. However, from the results of the snap poll or from Government data, the industry body does not have adequate indicators to substantiate this hypothesis. Poor showing by the manufacturing sector pulled down the GDP growth to 5.5 per cent in the April-June quarter, the decade's worst Q1 performance.

Over half of the 75 CEOs who participated in the survey expect the average rate of inflation in this financial year to be in the range of 7-8 per cent. About 75 per cent of the respondents do not expect economic reforms - introduction of GST, FDI in multi-brand retail and FDI cap in insurance and pension sectors - to move forward given that general elections are coming up in2014. Majority of the respondents expect both domestic and international investment either to increase or remain unchanged during 2012-13, CII said.

Terming the 5.5 per cent GDP growth as "good news", Planning Commission Deputy Chairman Montek Singh Ahluwalia expressed confidence that economy would rebound in subsequent quarters. "The good news is that the quarterly growth rate has gone up from the 5.3 per cent in the last quarter (January-March) of previous financial year to 5.5 per cent in April- une quarter," he said.

However, Ahluwalia added that marginal improvement in the GDP growth cannot be called "strong rebound". "I didn't think that we would get strong rebound in the first quarter". The economic growth, he added, would improve Laser Technology High technology, Quality, Versatility, Precision in the second quarter. "We did expect the rebound, so let us hope that in the second quarter, especially in the third, you will get the rebound."

As per the provisional GDP data released by the Government recently, the economic growth in the first quarter (April-June) stood at 5.5 per cent. Although it was much lower than 8 per cent in the corresponding period last fiscal, the growth showed improvement on sequential basis. The growth rate in January-March was 5.3 per cent. On growth prospects in future, Ahluwalia said, "a lot will depend on what happens to investment in public and private sectors. Most likely in the second half of the year that investment will improve".

As regards the annual growth rate in 2012-13, he said, although Prime Minister's Economic Advisory Council (PMEAC) has projected 6.7 per cent, things would become clear by September. Ahluwalia further said that growth figures for the last quarter (January-March 2011- 2) could be revised upwards on account of difference in the liP data and corporate reports. "The most important thing is that whether investment is picking up. I have seen some analysis which suggests that it is quite possible that the growth rate in the fourth quarter of last fiscal may get revised upwards because there is a difference between IIP and corporate data. "We will get better idea of it only two or three months from now", Ahluwalia said.

This article was originally published in the Stitch Times magazine, October, 2012.