The garment industry in Myanmar is dominated by Chinese, Korean and Japanese companies. Even though Europe is one of the biggest export destinations, European investment is precious little to speak of. An exception is Belgium's Sioen Group, writes Jozef De Coster

In September 2017, Daw Khine Khine Nwe, general secretary of the Myanmar Garment Manufacturers Association (MGMA), presented before an international audience in Paris her vision on the future of Myanmar's garment industry. She explained that great expectations were set on foreign investment flowing in from advanced textiles and fashion countries.

Statistics indicate that such countries are indeed investing in Myanmar, with however one notable exception. There's not yet one single Indian investor manufacturing garments in Myanmar. There's also little European investment in the sector. The only Belgian garment company in Myanmar is Sioen Myanmar Ltd, and it is led by an Indian.

At the time of Daw Khine Khine Nwe's presentation, the fast-growing Myanmar garment industry was already employing over 400,000 people in 425 factories. Among them were 161 locally-funded factories, 224 foreign investments and 34 joint ventures. Foreign investors in the Myanmar garment industry are mainly Chinese, Korean, Japanese and other Asian companies. Though Europe is now the biggest exports market, there's little European investment. For the time being there are not Indian investors in the sector either, though India is a neighbouring country, just at the other side of the Bay of Bengal, and is also sharing 1,468 km of land border with the "country of the thousand pagodas."

There are of course some reasons, too complicated to explain here, why Indian investors are currently absent in the Myanmar garment industry. Also, expatriate Indian talent is surprisingly rare in the sector. There's only one Indian plant manager at work in the Myanmar garment industry: Manoj Bhardwaj, general director at Sioen Myanmar Ltd, a subsidiary of the Belgian manufacturer of technical fabrics and professional protective clothing Sioen.

Why Sioen went to Myanmar

The Sioen Group is a vertically-integrated producer of high-tech technical fabrics and garments. The group turnover amounted to €363 million in 2016, and increased by 32 per cent in the first half of 2017. This solid and long-term oriented family business was established in 1907, and is since 1996 quoted on the Brussels Stock Exchange. In 2017, the King of Belgium honoured Michele Sioen, the president of the Sioen Group, with the title of baroness for her exceptional merits as an industrialist and chairperson of several industry associations.

Sioen Apparel, with headquarters in Belgium, has factories in Finland, Estonia, Romania, Tunisia and Indonesia. Indonesia especially has become less attractive as a production location. Indonesian garment workers saw their wages increase by nearly 300 per cent in five years. The availability of workers in the Jakarta area is dwindling. Some buyers threatened to stop buying garments 'made in Indonesia' because of less competitive pricing. 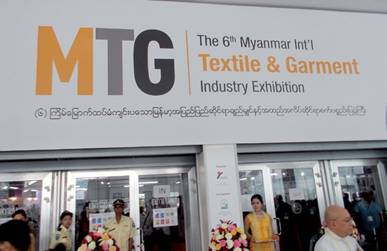 Sioen Apparel believes in the future of Myanmar as a CMP (cut, make, pack) garment producer. The salary level is competitive. Myanmar enjoys the EU's 'Everything but Arms' treatment, which means that exports to the EU are duty-free and quota-free, while EU import duties for garments from Indonesia amount to 12 per cent. Myanmar, with a population of nearly 55 million, also offers a large pool of workers. Myanmar is neighbouring India and China, the world's most populated countries which both enjoy fast economic growth. Sioen Apparel also appreciates the positive influence of religion on the attitude of Myanmar workers.

In November 2014, Manoj Bhardwaj and a Belgian colleague from Sioen flew to Yangon to assess the situation on the spot. They agreed that Vervaecke had made the right decision. Then things went fast. Bhardwaj was appointed as project manager and future general manager. A lot of challenges had to be taken on: finding a building (in an area with extremely high rental prices), creating a company, getting the approval from MIC (Myanmar Investment Commission), recruiting workers, extensive local networking, building up the factory line by line. Juki and Brother sewing machines were installed, and the training of workers could then begin.

Attracting the first hundred workers to Sioen's factory was a big challenge. However, once a first group of workers had experienced the caring "Sioen Spirit", family members and friends easily followed in their pace. When in June 2016 Jacqueline Sioen, who during decades had directed the Sioen Apparel division, made a visit to the factory, it had already started production.

A series of smart choices 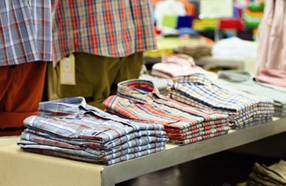 Which roadmap did Manoj Bhardwaj follow to arrive at the helm of a garment factory in Yangon? He made a series of smart choices. Born in Etah, Bhardwaj went to study at the National Institute of Fashion Technology (NIFT) in New Delhi, an institute that boasts to deftly combine design with management and technology. After NIFT, he learned a lot, first at Juki India, then at Maya Export Corporation, before moving to Indonesia, where he worked 11 years for Busana Apparel Group, Indonesia's largest woven apparel exporter. Then, Bhardwaj again made a smart choice, shifting in 2012 to one of the Indonesian factories of the Belgian Group Sioen.

His last career choice, in 2015, was not an easy one. Instead of settling with his family in Indonesia, he moved to Myanmar to take up the general management of the new Sioen factory in Yangon.

Bhardwaj had made a calculated move. "There's no great future for garment manufacturing in Indonesia," he muses. "Look at the minimum salary for garment workers there, ranging from $175 in some regions to $275 in Jakarta. Here, the minimum salary stands at $80 (an increase is scheduled for early 2018). The total labour cost of workers in Indonesia amounts to $350, in Jakarta it goes up to $450 per month. Compare this with Myanmar where total labour cost, including meals, transport of workers, health care, etc, doesn't exceed $150-160."

Quite unique in Yangon

The management of Sioen Myanmar is aware of the weaknesses of Myanmar as a garment manufacturing and exporting country. Myanmar is a very young and thus inexperienced democracy and still has to find its way. Banking, customs, IT, electricity supply, infrastructure, etc, are all weak spots. The country's garment industry is too concentrated in Yangon; in the area where Sioen is operating, some 140 garment factories fish among the same pool of workers. High absenteism and personnel rotation plague the industry. 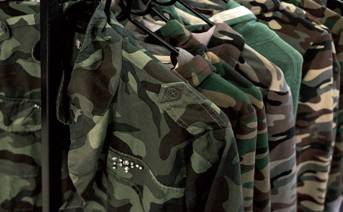 Sioen Myanmar, however, is not much affected. Its factory has now an installed production capacity of 50,000 pcs/month and the nearly 700 workers are currently producing 35,000 pcs/month. Groups of workers are still flown over for training to Sioen's factories in Indonesia. Sioen Myanmar continues sending workers to the training courses supplied by the manufacturers' organisation MGMA.

Sioen Myanmar is in many ways unique in Yangon. The company succeeded in convincing the workers that electronic payment of their wages in a bank account was better than the traditional cash payment. At the entrance of the factory building an ATM has been installed. The Sioen factory is the only one in Myanmar using a SAP Enterprise Resource Planning (ERP) system to manage the supply chain. Most fabrics are produced and sent to Myanmar by Sioen Belgium, but some are also sourced from China, Korea and Taiwan. In the course of one year, Sioen Myanmar acquired two ISO-certificates, one for quality and one for health and safety.

As can be expected in a company producing high-quality protective garments, Sioen Myanmar has heavily invested in the training of employees and in excellent equipment: a lab, a Gerber CAD-system, a laser cutter, inspection and laundry equipment, among other things. For the time being, ventilators assure a temperature in the production hall which is 8o Celsius lower than the outside temperature. A new cooling system will soon be installed. There's no tolerance in Sioen Myanmar for the bad habit of shouting, screaming and pushing, which unfortunately still exists in too many garment factories.