Is Europe’s automotive industry heading for a standstill? 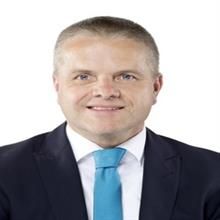 Stefan Thumm discusses how the European Union's chemicals legislation REACH is threatening to turn a disaster for European textile manufacturers.

Textile manufacturers have already informed the European Automobile Manufacturers' Association (ACEA) of this development, given that one car alone contains an average 23 kilograms of textiles - many of which are coloured by ultra-lightfast anthraquinoid dyes and pigments. It is among these special substances that the shortfall is often the highest, for the raw material anthraquinone is in very short supply. Should this development continue, it will, therefore, be our primary goal to avoid production stoppages in the automotive industry. This sector is just one example of the many textile sectors and associated value chains that are dependent on hundreds of different special dyes.

The current price spiral is driven primarily by the lack of raw materials and intermediate products needed specifically for dye and pigment production, and this is where Registration, Evaluation, Authorisation and Restriction of Chemicals (REACH), Europe's chemicals legislation that came into force in June 2007, comes in. The present aggravation of the 2013 dye and pigment crisis is linked to the REACH registration deadline on 31 May 2018. REACH has been aggravating the situation for years, initially in the field of dye and pigment production in Europe. The prohibitively expensive REACH registration fees that would have been payable for thousands of dyes, pigments and intermediate products have forced almost the entire chemical industry to relocate from Europe to Asia over the past decade. This took place concurrently with the increase in global environmental pollution in China and India. As a result, clean European Union (EU) production processes were replaced by production processes in Asia which are now being closed down by government decrees from Beijing and New Delhi due to escalating environmental pollution.

This overall development has now resulted in Europe becoming largely dependent on Asia, especially China, for its dyes and pigments just as it is in numerous other sectors. There can be virtually no question of re-establishing this industry on a wide scale in the EU because of the REACH system and its costs. In fact most of the requisite expertise in dyes and pigments is now lost from the EU.

At present, REACH is further exacerbating the situation for textile manufacturers in Europe. After the REACH registration deadline on 31 May 2018, the EU market became monopolised by REACH-registered dyes and pigments, thus pushing prices even higher. Yet another problem is that REACH registration has led to the widespread disappearance of unregistered special raw materials, including numerous special dyes and pigments, as less than half of the expected substances were registered in the EU due to the high registration costs. As of 1 June, therefore, the status of these substances is 'No data- no market', meaning that they may no longer be produced in the EU or imported into it. The effect of this 'light diet' of raw materials affecting all sectors of industry in the EU will become evident once the existing stocks of these substances are used up.

Was this a foreseeable development for dyes and pigments? Sudwesttextil and VTB, the textile and clothing associations in Baden-Wurttemberg and Bavaria, have been scrupulously investigating the issue of REACH and its effect on dyes and pigments for a number of years. In the interests of their member companies, the chairmen and CEOs of both associations have repeatedly warned against the side effects of the new EU chemicals legislation, which mainly impact the downstream industries that use these substances and raw materials. The Network of Excellence on dyes and pigments, created jointly in 2014 by Sudwesttextil, VTB and other regional and professional textile associations, was an expression of this concern. Arved Westerkamp, CEO of Sudwesttextil member company Rosch/Rokona of Tubingen, explained the effects of the present dye and pigment crisis on the textile industry in his speech at the REACH REFIT review in Brussels on June 11. Like many other textile finishers in the EU, this textile-processing SME experiences every day how the abstract decisions made by bureaucrats in Brussels and the Chemicals Agency in Helsinki take practical effect on a highly complex and global supply chain.

Using the dye and pigment industry as an example, Westerkamp, who has been addressing REACH and its implications in great depth for many years, resolutely demonstrated the effects promoted by REACH that will occur in future. These are the core messages of his speech:

At REACH-REFIT, the European Commission investigates at five-yearly intervals how well REACH is achieving its objectives. The latest review was held in 2018, after which Sudwesttextil and the VTB evaluated the Commission's report, particularly the hundreds of pages of REFIT background reports. The contents of the REFIT background documents were not only extremely illuminating for textile companies and other SMEs, but they also largely contradict the European Commission's official account of the status of REACH.

After a great deal of self-adulation for ECHA, the European Commission (EC) and the REACH system in Section 1, the next four sections of the REFIT review turned into a real showdown of REACH criticism. Criticism of REACH, which, according to the REFIT report for the EC, shows no improvements even after ten years, was for the first time expressed by numerous parties both frankly and on a factually sound basis, unlike the arguments of the EC. From trade unions to the European Association of Craft, Small and Medium-sized Enterprises (UEAP-ME), whose REACH expert Marco Susnik also delivered a very significant speech, the trend has never before been so critical on so many levels. Susnik's speech, which took a particularly close look at the REACH registration costs and the consequences of monopolisation, culminated in an appeal saying that if SMEs in the EU are to be abolished by REACH, the EC should issue an official statement to this effect. The EC was clearly surprised and probably also discomfited by the turn that the event had taken. Many questions to the EC remained unanswered that day.

At the close of the event - the highly critical Section 5 of the review that concluded with Arved Westerkamp's speech - no further discussion from the audience of around 120 was permitted. The official reason given was lack of time as the EC wanted to timely finish the proceedings in Brussels that day. Yet this very time was wanted for a final discussion, which many participants would have liked to hold. Is the EC putting its head in the sand rather than face the disruption caused by the REACH system?

Any more 'sugar-coating' of REACH would be fatal, as EU companies will be punished relentlessly by the global economic competition. The EU is running out of time, and REACH - as was widely predicted - is threatening to become a disaster for the EU.