A Change in Preferences

On May 31, the United States withdrew its preferential treatment to Indian exports under the generalised system of preferences (GSP). A couple of weeks later India decided to impose retaliatory tariffs. An account of the escalating conflict.

A day after India's new Cabinet was sworn in on May 30, President Donald Trump announced that the United States (US) was ending India's designation as a beneficiary developing nation under the generalised system of preference (GSP) scheme after concluding that India had failed to assure offering "equitable and reasonable access to its markets." India's status ended on June 5. The initial response of the Indian Government was a mix of optimism and foreign policy balance. India extended the deadline to impose retaliatory tariffs on 29 American goods to June 16 after postponing it eight times since June last year. But by June 14, New Delhi decided to impose the long-pending retaliatory tariffs on 29 US products worth $235 million without extending further the June 16 deadline.

Started on January 1, 1976, GSP-the largest and oldest US trade preference programme-allows duty-free entry for over 3,000 products from designated nations. India has been the biggest beneficiary of the scheme and accounted for goods worth $5.7 billion-over a quarter of the goods that got duty-free access into the US-in 2017. 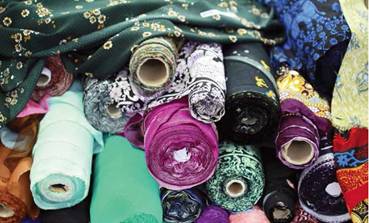 India's top exports to the US under GSP in 2017 included motor vehicle parts, ferro alloys, precious metal jewellery, building stone, insulated cables, leather products, garment (marginal) and wires. Out of $36 billion of such exports-as only $5.7 billion worth will be affected, the US trade deficit with India will be marginally impacted. India's trade surplus for merchandise goods with the US is around $18-19 billion. Also, most of the exports are of intermediate goods not produced in the US.

In March, the office of the US Trade Representative (USTR) notified the US Congress and India that Indian exports did not qualify for GSP benefits under its updated, stricter eligibility criteria. India unsuccessfully pushed its case during the 60-day notice period, which expired on May 3.

The reason behind the US announcement lay in India not accepting several US demands on the trade front, including softening of price caps on medical equipment, removal of specific mandatory certifications for dairy product exports, removal of import duties on cellular phones and roll-back of certain changes made in the e-commerce policy that imposed several restrictions on foreign players sourcing goods from vendors. While GSP withdrawal affects $6.35 billion worth of exports from India, exporters stand to lose net benefits worth $260 million annually.

A country must meet 15 discretionary and mandatory eligibility criteria decided by the US Congress to qualify for GSP. These include providing the US with equitable and reasonable market access, respecting internationally-recognised workers' rights, combating child labour and providing adequate and effective intellectual property rights protection. However, reinstatement of GSP benefits is conditional.

While some in India view the decision as President Trump's cue to India to do more to show it is an US ally, many perceive that as both a challenge on the economic front and a diplomatic opportunity.

The US announcement, though not unexpected, seemingly left the new Indian Government stupefied. In a statement issued on June 1, the Indian ministry of commerce and industry said: "We are confident that the two nations will continue to work together intensively for further growing these ties in a mutually beneficial manner."  An earlier version of the statement had used the words "it is hoped" instead of "we are confident." It was withdrawn and replaced later.

Terming the decision "unfortunate," the ministry added: "India, like the US and other nations, shall always uphold its national interest in these matters. We have significant development imperatives and concerns and our people also aspire for better standards of living. This will remain the guiding factor in the government's approach." 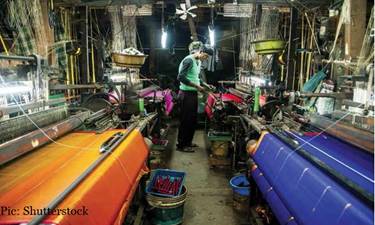 US commerce secretary Wilbur Ross had assured India that benefits won't be cut off until India's elections are over, and that India not put retaliatory tariffs on the US that have long been announced. But India did go ahead with its decision and US products on which it imposed retaliatory tariffs include almonds, apples, walnuts, chickpeas and some stainless steel products. India also feels that GSP benefits are "unilateral and non-reciprocal in nature extended to developing countries," and that they should not be used for advancing US trade interests and non-discriminatory benefits.

As India is yet to officially declare whether it will seek GSP restoration, reports quoting government officials have indicated the country needs to balance national interests with US expectations without any compromise. The two sides are said to be interacting regularly over telephone and video conference, and a meeting in the near future remains a possibility.

The Indian commerce ministry is said to be exploring means to support sectors hit most by the US decision. An unnamed government official told a top business daily that the loss suffered by India due to the decision will not be huge, but specific sectors that will take a hit need some hand-holding. New commerce and industry minister Piyush Goyal has been holding meetings with officials and is likely to discuss ways in which the export sector could be assisted following the US decision. The decision, however, may not mean the end of GSP benefits, according to government officials quoted in another newspaper report, who feel that the US has restored the benefits in the past to countries like Argentina, Liberia and Myanmar after withdrawing those. 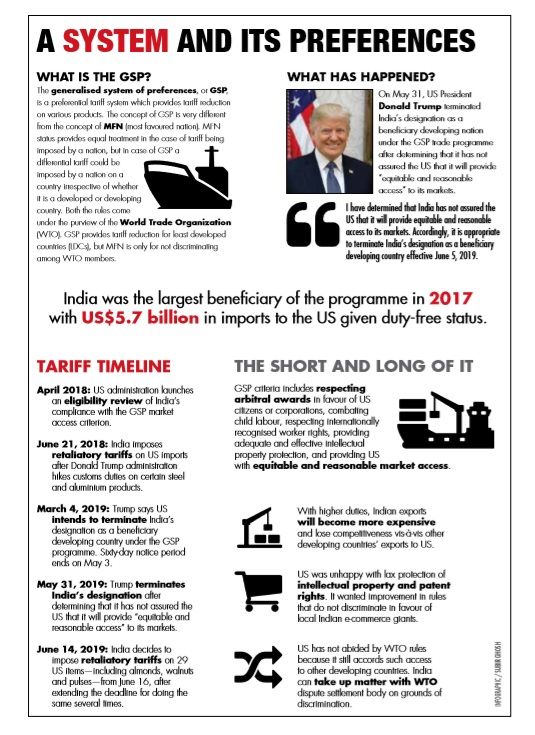 Most Indian industry associations do not foresee any substantial impact on the country's exports. Though only 12 per cent of India's total exports to the US benefits from GSP, the US decision could do away with all the gains India derived from the US-China trade war, according to Ajay Sahai, director-general of the Federation of Indian Export Organisations (FIEO) under the Indian commerce ministry. Sahai felt that the decision will indirectly benefit China. The imposition of punitive tariffs by the US on China had put India at an advantage, which will be lost now, he said.

Of the 1,921 tariff lines that come under GSP, 150-200 will get adversely affected-categories that could see profit margins being eroded once the GSP benefit is over and will need government duty concessions to sustain their US exports, according to FIEO, which feels this will also hit the import diversification strategy of the US, which is keen to replace China as the main supplier to other developing countries.

FIEO has also said that as India is predominantly exporting intermediate and semi-manufactured goods to the US under GSP, that has helped in cost effectiveness and price competitiveness of the US downstream industry. Imitation jewellery, leather articles (other than footwear), pharmaceuticals and surgical instruments, chemical and plastics, and agriculture are among sectors that are likely to be worst affected by the withdrawal.

FIEO has suggested that the sectors worst hit by the decision be extended benefits under the Rebate of State & Central Tax Levies Scheme (RoSCTL) to provide some compensation.

As about 0.5 per cent of India's apparel exports to the US will stop enjoying GSP benefits, the impact on the sector will be marginal, said Sanjay K Jain, chairman of the Confederation of Indian Textile Industry (CITI). Fifteen varieties of readymade garments covered under the scheme contribute 0.46 per cent of India's apparel exports and woven silk garments for women constitute more than half of that (58.5 per cent), thereby making such garments the only main item to be affected, CITI feels.

Denying any major impact because of the decision, Raja Shanmugam, president of Tiruppur Exporters' Association (TEA) said in March that the move seems to be a knee-jerk reaction to support major online/e-commerce players. Confederation of Indian Industry (CII) president Vikram Kirloskar said the US decision was taken in "haste," and would hurt both US firms and Indian companies, especially domestic small item exporters.

GSP boosts the competitiveness of US manufacturers by lowering their cost as about two-thirds of US imports under GSP are raw materials or components, according to Kirloskar, who said the scheme also helps US consumers by eliminating duties on a variety of expensive consumer goods offering tangible benefits.

This move is estimated to impose an additional annual burden of $290 million on US items exported to India, said Trade Promotion Council of India (TPCI) chairman Mohit Singla. The US decision is only going to inject the estimated, additional burden of $190 million, which is minuscule compared to India's overall export to United States, he added.

Cautioning that US firms seeking to expand exports to India could be hit, a group of 25 US lawmakers wrote to USTR Robert Lighthizer in early May not to terminate the GSP benefit for India as no party, on either side would benefit. Many US companies will pay millions of dollars annually in new taxes and even temporary lapses in such benefits earlier have caused firms to lay off workers, cut salaries and benefits, and delay or cancel investments in the US, the lawmakers added.

A number of small US businesses across sectors had requested the USTR in August last year to continue extending GSP benefits to India as withdrawing those could hit their own bottomlines, employment capabilities and welfare of employees. As imports are made with long-standing suppliers, revoking the GSP status would make identifying new suppliers with the same quality and price point extremely time consuming, they said.

Twenty-five US trade associations sent a letter to the USTR in April this year saying the decision was likely to exacerbate political differences over trade issues, trigger retaliatory actions by India and undermine the business climate for US companies trading with and engaged in business in India. The action will have an adverse impact on many US workers who now depend on global value chains that use imports from India, the American Apparel and Footwear Association (AAFA) said.

In the second week of June, US secretary of state Michael Pompeo reportedly hinted that it was possible to reinstate the GSP benefit for India. He was likely to discuss the issue as well as 5G network technology and data localisation during his India visit during June last week.

India, however, maintains that it views the GSP issue as part of the regular engagement process and will continue to work with the US to strengthen economic ties.