The Brexit process, which went under way with the June 2016 referendum, is complete with the UK finally leaving the EU on January 31, 2020. Subir Ghoshwrites

Following a June 23, 2016 referendum in which 52 per cent of people voted to leave the EU, the UK government announced the country's withdrawal in March 2017. The process itself was tumultuous. After the December 2019 general elections, which was won by the Conservative Party, the withdrawal Bill proposed by Prime Minister Boris Johnson passed UK Parliament after several amendments proposed by the House of Lords were rejected by the House of Commons. The Lords later decided not to propose further amendments. The European Union (Withdrawal Agreement) Act 2020 received Royal assent the next day, and the UK left the EU at 11 p.m. GMT on January 31.

What follows now is a transition period (also called the Implementation Period) that will end on December 31, 2020, during which the UK and EU will work out their future relationship. The UK will still be subject to EU law and remain part of the EU customs union and single market during the transition but would no longer be part of either the EU's political bodies or its institutions. 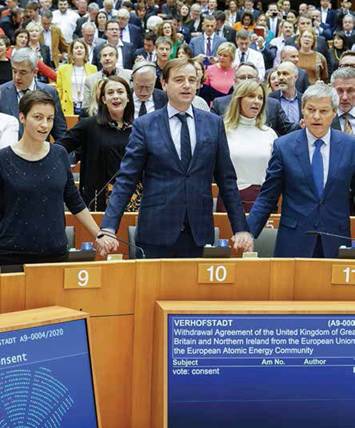 The transition period is meant to give both sides some breathing space while a new free trade agreement (FTA) is worked out. In case of a deadlock, the UK would face tariffs.

An Insights paper for the UK Parliament in December 2019 had summed up: "Leaving the EU will change how UK service businesses like law firms, banks, insurers, architects and tour operators trade with the EU. Whatever choice the UK makes, departing from single market rules will inevitably mean more barriers to trade. As the Confederation of British Industry has stressed, 'an agreement of unprecedented depth' would be required to ensure trade between the UK and the EU remains as frictionless as possible."

In 2018, services were 80 per cent of the UK economy, with service industries accounting for 46 per cent of UK exports and 28 per cent of imports. The UK is the world's second largest exporter of services, selling more than 297 billion worth in 2018, an increase of more than two-thirds since 2008. With free movement of people likely to be hit, trade in services are bound to take a hit. 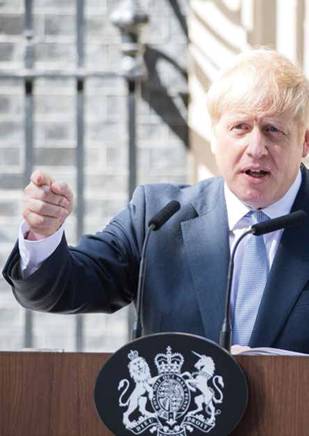 Similarly, till Brexit, about 54 per cent of all goods imported into the UK came from the EU and nearly half of all British goods were exported to the EU. A 2016 study concluded that if one took into consideration those countries having FTAs with the EU, then 63 per cent of all Britain's goods were exported to EU countries. According to news reports, Britain's factories suffered a sixth consecutive month of falling orders in October 2019 as uncertainty hit demand from domestic customers.

The fashion industry is likely to be among the most adversely affected after Brexit.

A briefing paper of the UK Trade Policy Observatory in February 2018 had predicted that the textiles, clothing and footwear industry would see the largest decline in production. The paper had envisaged different post-Brexit trade scenarios and projected the drop in exports for FTAs with EU and No-Deal Brexit to be 17.8 per cent and 33.5 per cent respectively. In case of FTAs with the EU and FTA67 (the 67 countries with which the EU has FTAs) and FTAs with the EU and ROW (rest of the world), the projected numbers were 16.5 per cent and 29.7 per cent respectively.

The fashion industry in the UK, which has grown over the years on duty-free access to the EU, badly needs a deal with the EU. Almost 80 per cent of all apparel produced in the UK are currently exported to the EU. A number of thorny issues are expected to crop up-ranging from mandatory compliance paperwork (as also the associated costs) as a result of leaving the customs union to differences in regulations and standards. This is going to be compounded by UK's existing trade deals with other third-party countries. In short, things are not likely to be in place before December 31.

Meanwhile, organisations like the UK Fashion & Textile Association (UKFT) have been advising its members on how to deal with post-Brexit complications.

To read complete article, subscribe to March 2020 issue of Fibre2Fashion.