The European Commission launched its Circular Economy Action Plan in March. It will be the new growth strategy and sooner than later it could be the global model to emulate.

Watch the daily world news and you’ll see that Europe has evolved into a ‘soft power’ region. Don’t expect impactful military actions or bold global economic and trade initiatives from Europe. You could rather bet on Asia and America for technological breakthroughs and new disruptive business models.

Still, Europe can devise and execute the best possible scenarios for a healthy future for ‘people’ and ‘planet’.  The EU and Euratex want to fit the European textiles and apparel sector in such scenario.

But then, can Europe succeed in rapidly transforming the existing highly unsustainable fibre, textiles and apparel value chain into a true green sector? Surely, if it would only depend on the support of the leading duo of European Commission President Ursula von der Leyen (Germany) and Vice-President Frans Timmermans (the Netherlands). For many progressive Europeans, von der Leyen, the first female president of the European Commission, is their “hope and pride” like evoked in the sweet Irish ballad ‘I dreamt I dwelt in Marble Halls’.

Launching the European Green Deal on December 11, 2019, von der Leyen said: “I am convinced that the old growth-model that is based on fossil-fuels and pollution is out of date, and that it is out of touch with our planet. The European Green Deal is our new growth strategy. We want to really make things different. We want to be the front runners in climate friendly industries, in clean technologies, in green financing.” 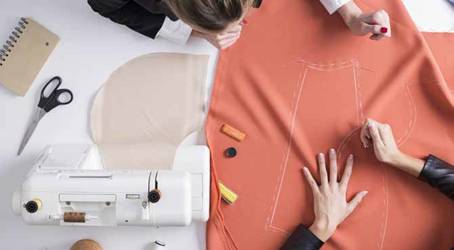 Frans Timmermans, whose principal responsibility is leading the Commission’s work on the European Green Deal, has a strong reputation as a tireless fighter.

On March 11, 2020, the European Commission adopted a new Circular Economy Action Plan, one of the main blocks of the European Green Deal. The new plan announced initiatives along the entire lifecycle of products. It puts a focus on sectors that use the most resources and where the potential for circularity is high, such as textiles.

But how ambitious is the European textiles and apparel sector itself?

Mauro Scalia, director (Sustainable Businesses) of the umbrella association Euratex in Brussels, is aware that the needed transition of the sector to a circular economy can be seen in two ways: as a huge problem or as afantastic opportunity. After intense consultation with more than hundred enterprises and other stakeholders, Euratex produced a high-density document of 40 pages titled ‘Circular Textiles—Prospering in the circular economy’. Scalia also refers to fourty influential CEOs across the value chain who have subscribed to a ‘Voluntary Commitment’, stressing the current green acting of their own companies and the exploring of solutions.

Lutz Walter, director (Innovation and Skills) at Euratex, has no doubts that Europe will lead the worldwide green revolution in textiles. He doesn’t look very impressed by the great number of Chinese textile universities, the abundance of textile engineers and the hypermodern labs and equipment at their disposal.

He’s aware of the enormous quantity of Chinese textile patents and the unbelievable “speed of development” Chinese manufacturers demonstrate when they race from concept to a new product. “Look. What is the end result?,” Walter asks. “In spite of all their efforts, Chinese textile groups didn’t succeed in getting reasonable profit margins in Western markets. Look at the very big price gap per kilogram between for instance Italian and Chinese clothing fabrics. No wonder that Chinese manufacturers are now more happy in their local markets and in other Asian growth markers than in the Western markets.”

Advice from a Beautiful Mind

Applying a sector or company strategy is not a virtual game. The strategy has to prove its value in real world circumstances. And yet, it can be useful to examine a certain strategy from the point of view of game theorists. They can tell decision makers what to do in different game contexts.

Europe is not alone to bet on a competitive green textiles strategy. The European Union has to take into account the strategies of big players like China, India, US and other countries. On the level of textiles and apparel companies, people have to decide if they want to be green pioneers or, rather, followers. Such decisions can’t be taken in a vacuum. They should be based on careful consideration of the company’s own strengths and weaknesses and those of relevant competitors. 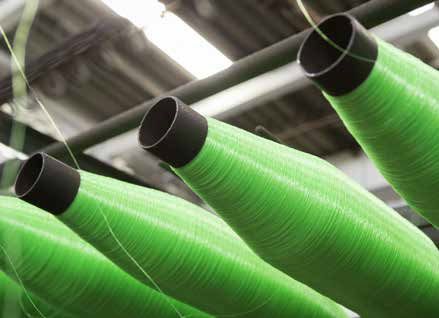 Fortunately, from a strategic point of view, the current situation in the global textiles and apparel industry, on its path to sustainability, looks less complicated than the situation in, for example, the energy industry or even the automobile industry. It actually looks as if in the textiles and apparel sector a so-called Nash Equilibrium has been attained.

Most of us know the Nash Equilibrium thanks to the biographical drama film A Beautiful Mind (2001) about the brilliant American mathematician and Nobel Prize winner John Nash. In terms of game theory, if each player has chosen a strategy, and no player can benefit by changing strategies while the other players keep theirs unchanged, then the current set of strategy choices and their corresponding payoffs constitutes a Nash Equilibrium.

Of course, it can’t be excluded that some “wild card” players will try to change the game, like the American president Donald Trump (who in June 2017 announced that the US would cease all participation in the 2015 Paris Agreement on climate change mitigation, declaring this Accord would undermine the US economy). Even green thinking textile leaders like the Belgian economist Fa Quix, general director of the association Fedustria, seem unhappy when they comment on the speed of transformation proposed by the Green Deal of the European Commission under von der Leyen. Quix explains: “What about the US, China and India? In terms of CO2 emissions, Europe is responsible for less than 9 per cent of global emissions. If we further reduce our CO2 emissions and the rest of the world does nothing, we don’t make a difference.”

But ultimately, the best choice for most, if not all, textiles and apparel manufacturers is to stick to the Nash Equilibrium. So, they better don’t change their green strategy but diligently pursue their climb on the sustainability ladder.

Environmental Cost can Be Measured

Until recently, it was totally impossible for professional purchasers of textile products, let alone for consumers, to know how “green” a textile product was. However, this uneasy situation has dramatically changed. Peter Haenebalcke, a Belgian manufacturer of uniform shirts and blouses (company Elanco), who’s since 2011 has been the president of the association Creamoda, recalls with great pleasure the enthusiasm with which the innovative B-Awear project of Creamoda was met at the November 2019 G-STIC Conference in Brussels. G-STIC is the acronym of Global Sustainable Technology & Innovation Community.

Haenebalcke says: “We actually didn’t expect much from the presentation of the B-Awear project at G-STIC. We were very wrong. Germans, Canadians, Italians, .... textile and clothing professionals from nearly the whole world inundated the booth of B-Awear. To their big surprise, they detected something they had not yet found in their own country: a reliable method to measure the total environmental cost of a textile product and the possibility to communicate about it in a simple way.”

To their great frustration, until now, experienced buyers of textile products who were comparing two similar products, let’s say two shirts, couldn’t know which one of the two was the more sustainable. Maybe one of the products was made of bio-cotton and spun and woven in a French factory using mission-free nuclear power. Maybe the other one was produced in a Polish factory using dirty coal energy. Nobody could know. But today, the participants of the innovating B-Awear project make use of an environmental cost indicator (ECI) which summarises all environmental costs in one single score, expressed in euros. To get that far, Creamoda has been collaborating with two specialised Dutch companies. Thanks to B-Awear, Haenebalcke now knows precisely what is the total environmental cost of a bio-cotton uniform shirt made by his company Elanco: it’s €0.403, which is a lot less than that of a regular shirt, at €0.665.

The president of Creamoda doesn’t agree with the American philosopher Ayn Rand on the role of governments. In her novel Atlas Shrugged (1957), according to some social scientists the most influential book in America after the Bible, Rand depicted a dystopian United States in which private businesses suffered under increasingly burdensome laws and regulations. Her advice was that governments should only play a minimal role in society. However, Haenebalcke is convinced that authorities at national and European level should actively support the companies’ march towards sustainability. Otherwise, efforts like those made by the participants of B-Awear can’t result in profits.

Haenebalcke proposes that government tenders inviting bids for textile products should accept the ECI of these products as the most important criterion to define the winning bid. Alternatively, governments could put forward a maximum ECI under which a given textiles product even can’t compete in the tender.

This article was first published in the April 2020  edition of the print magazine.