Home / Knowledge / Article / Covid-19 / Ready for the next pandemic

Ready for the next pandemic 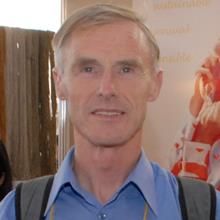 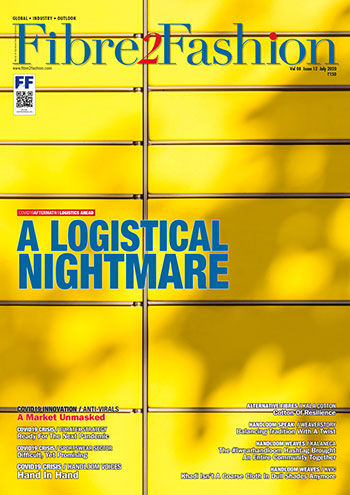 The European textiles and apparel industry was caught on the wrong foot when the covid-19 disease started spreading in Europe, unable to meet the surging demand for facemasks and PPEs. Now, it wants to be pandemic-proof and wants to be ready when the next one strokes.

When early March 2020, alarming news about covid-19 started to ring in Europe and national goverments and cities went scrambling for facemasks, citizens couldn’t believe what officials told them: the European textiles and clothing industry was unable to produce the facemasks that hospitals, rest and care homes and vulnerable individuals urgently needed. One of the tasks of the European Apparel and Textile Confederation, Euratex is now to make sure that this situation cannot occur again.

Bill Gates, who thanks to his role as a super philantropist (the main goal of the Bill & Melinda Gates Foundation is to enhance public health and reduce poverty) has easy access to the best virologists in the world, believes that the world must prepare for a big pandemic every twenty years. Many experts believe, however, that Gates is too optimistic and that pandemics will occur more frequently. 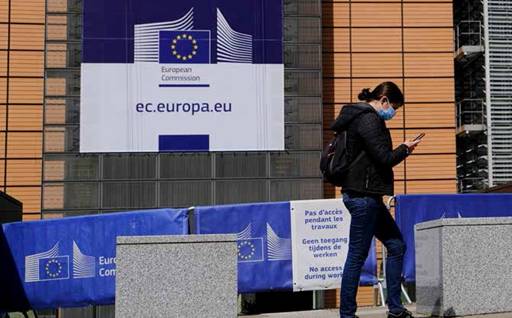 If it depends on Euratex, headquarted in Brussels, so directorgeneral Dirk Vantyghem declares, the next regional epidemic or worldwide pandemic that descends on Europe will discover a thoroughly transformed, very resilient European textiles and apparel industry. Vantyghem sees three points of positive change:

But, why were these obvious goals not attained before covid-19 struck Europe? One can only philosophically refer to “the human factor” or to thinkers like Arthur Koestler who explained that human decision making is structurally handicapped because the paleocortex of humans (their reptile brain) is not well connected with the neocortex where rational thinking takes place. Do Christians not read in the Bible that the Egyptian pharaoh needed not one but seven plagues before he saw clearly and allowed Israelites to depart from slavery?

Changes in the industry can occur at surprising speed. Take Belgium, where at the start of the coronavirus crisis not a single enterprise was able to produce protective masks. A few weeks later, the Belgian fashion association Creamoda, which had been very active seeking solutions and coordinating the efforts of different enterprises, could already publish a list of 28 companies from which protective facemasks could be ordered. In the whole of the EU, over 500 companies reconverted part of their sites or invested in new machineries to produce protective masks and garments. Many of them showed a great sense of solidarity by providing protective garments and masks for free to public authorities. 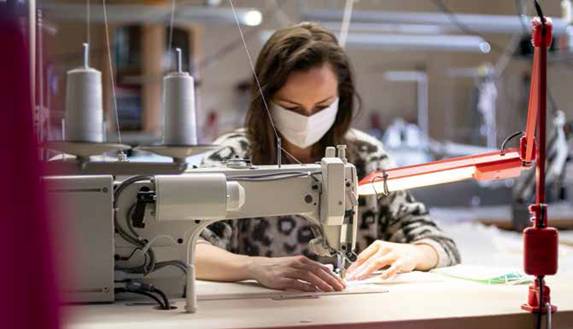 In spite of feverish efforts made by European textiles and apparel companies in the course of March and April, several enquiries, also those made by Euratex, made it clear that a major part of the sector was in big trouble. The enquiry organised by Euratex in March revealed that short-term prospects for the industry were dramatic: 60 per cent of companies expected sales to drop by half (and 30 per cent expected a reduction of even 80 per cent). Seventy per cent of companies had serious financial constraints and 80 per cent had temporarily reduced the workforce. Production companies reported problems in their supply chains, whereas retailers faced the problem of a “lost summer season”. One out of four companies were considering to close down. Fortunately, most European countries have built a solid system of social security. Contrary to clothing workers in Bangladesh and other important production countries, most European workers who are temporarily unemployed continue enjoying a fair standard of living.

Already on April 16, Euratex President Alberto Paccanelli held a dialogue with EU Commissioner Thierry Breton and other key actors of the industry to develop quick and effective solutions in support of the sector.

After the meeting, Alberto Paccanelli commented: “We are glad that Commissioner Breton recognises the strategic importance of the textiles industry. Without textile materials, no cars, machines or buildings can be built, nor can craftsmen, doctors or security forces do their work in full.” The president of Euratex not only insisted on EU short-term measures needed to safeguard the industry, but as well on a strategic plan to relaunch the industry and enhance the global competitiveness. Critical supply chains should be brought back to Europe, and the EU should ensure a level playing field on the global market and, especially, on imported goods.

There is nearly no more biased idea than that of a “level playing field.” When commenting on their international trade situation and performance, most countries complain that they are not playing on a level field. Highly industrialised countries regret that they lose industries like textiles and clothing to (mainly) Asian competitors because the salaries their companies have to pay are much higher than in Asia. The Least Developed Countries (LDCs) from their side regret that the lack of modern infrastructure and the low level of professional education hamper their efforts to attract investors who bring prosperity to the nation without exploiting workers, nature or other resources.

In 2019, in spite of the alleged lack of a “level playing field,” the EU export of textiles and clothing amounted to more than €50 billion (.9 per cent compared to 2018). That’s a nice amount, but it could be better. Vantyghem sees at least three forms of skewing of the playing field on which Euratex, in close cooperation with the European Commission, should act.

First, there’s the well-documented fact that state enterprises enjoy industrial subsidies (Vantyghem diplomatically avoids to mention the country that immediately comes to mind), which is sometimes causing over-capacities like in polyester fibres and price distortions. Is there a solution to this? Vantyghem thinks so. As a former director of Eurochambres, he has an aerial view of the whole European business world. His suggestion to the European textiles and clothing leaders is: have a close watch at the operation methods of the Global Forum on Steel Excess Capacity. What is working well for steel can maybe also work for textiles?

Second, the European Commission should be aware that the recently launched European Green Deal makes the existing gap, in the field of social and ecological standards, between Europe and other countries, even bigger. This gap explains for example that European countries in the past had totally outsourced the production of protective facemasks and other personal protective equipment (PPE) items, with dire consequences. When panic surged at the time of the covid-19 outbreak, the image of the European textiles and apparel industry which could not immediatelly provide protection to medical workers and vulnerable older people, suffered a huge blow.

Third, there’s still an imperfect access to foreign markets. Vantyghem is convinced that for European exporters of textiles and clothing there are still a lot of opportunities in the Mercosur countries (Brazil, Argentina, Uruguay, Paraguay), the US and Japan. Exporters can find a lot of useful information in the Market Access Database of the European Commission.

This article was first publishedin the July 2020 edition of the print magazine.