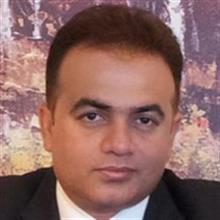 I want to begin with a confession. Despite being a source junkie for almost two decades, I fell for the fake claims. I just believed that fashion is the second most polluting industry behind oil; it is responsible for 20 per cent of global wastewater, 8 per cent of global greenhouse gas emissions, 4 per cent of global waste; 80 per cent of garment workers are women; and many more such oft-repeated claims. My moment of truth came when I tried to put a fact sheet with sources-and I kept going in an endless chain of cross-references.

But before getting accused of being an apologist for the fashion industry, let me hasten to add that it is undeniable that the fashion industry has a very large environmental and social footprint. The world faces an enormity of sustainability challenges and the fashion industry needs to get its acts together and fast. But that cannot be an excuse for unsubstantiated numbers to be propagated as 'facts' ad nauseam. If we are unsure, we must admit that. But let's be rest assured that uncertainty of figures doesn't dilute the sustainability argument.

Vanessa Friedman gave an account in a New York Times article of her efforts to trace the origins of the 'second most polluting industry' and couldn't find any credible, verifiable source. Some attributed it to a 2015 documentary movie The True Cost by Andrew Morgan, who attributed it to the Copenhagen Fashion Summit, which in turn attributed it to a 2012 Deloitte report that is now not available. It is suspected that the original source is a former scientist, Linda Greer, who was studying water polluting industries in China and came up with this conclusion for that river basin. Still, the claim continues to appear and reappear in reputed journals.

Similarly in the Measuring Fashion report, Quantis holds fashion responsible for 8 per cent of global emissions and initially attributed ClimateWorks (IEA Energy Modelling) as a source of data. ClimateWorks however distanced itself and did not co-brand the report. Quantis republished the report without ClimateWorks' name, but retained the figure without providing any details of their calculations. This figure has been widely reported by many since then.

The same goes for many other claims. The most likely source of the claim that fashion contributes to 4 per cent of global waste is a limited area study by WRAP in the United Kingdom. The claim about the fashion industry generating a fifth of global wastewater probably refers to a vague World Bank paper published in 2012.  The one about four-fifths of workers in that industry being women is a study from Bangladesh. These numbers have been picked up, context removed and kept getting repeated since they are specific and catchy.

One may argue that despite being untruths, these claims managed to bring attention to the seriousness of the issue. The topic of sustainability is emotive and generates a lot of passion. These catchy, and somewhat alarmist, figures achieve that 'warm glow' of intention that is more effective than convincing through painstakingly collected facts.

But it is not without harm. The biggest harm it does is of setting wrong references and frames that creates distortion and confusion. Some use these unsubstantiated figures to get a slice of the growing fast fashion pie by inducing guilt among the consumers. The incumbents quickly react by throwing their own set of vague numbers to assuage the guilt. For example, H&M has a 'Conscious' collection of clothing, which claims to use 'up to 50 per cent' of recycled material in production-without giving clear details. Exaggerated claims make evangelists look silly and give brands an escape route by providing vague impact claims. It hinders more granular and nuanced data gathering and analysis and no wonder that better data hasn't emerged.

Before we set sustainability targets, it is imperative that we have the right baseline data. We need a robust analysis of our knowledge gaps and data inconsistencies. This would then automatically fuel further research to fill in those gaps.

Industry and sustainability evangelists need to come together and work towards cleaning up the data landscape first. We need to capture imagination, but the end does not justify the means.

About the author: Sandeep Raghuwanshi is the founder-chief executive officer of start-up ESG Robo, which aims to improve sustainability in the fashion industry's supply chain.