Home / Knowledge / Article / Leather / India can be Self-Reliant in Footwear

India can be Self-Reliant in Footwear 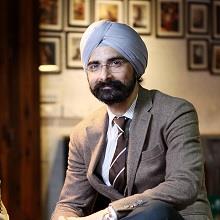 As with every other industry, the COVID-19 pandemic has left the footwear industry shocked and puzzled. What has emerged out of the situation are campaigns like 'Aatmanirbhar Bharat' and 'Vocal for Local', encouraging Indian footwear manufacturers and the general public achieve self-reliance and trust on their own goods.

India is known for its skilled craftspeople who are masters of their art, and thus the country a hub of adept craftsmen and artisans. While most industries are still dependent on import of raw materials, the onset of the COVID-19 pandemic has left every industry puzzled. As a result, the need to make the country an 'Aatmanirbhar' (self-reliant) escalated quickly in a flash and the people welcomed the idea of 'Vocal for Local'.

The footwear industry too has the potential to become self-reliant and make a stronger pitch for brand India at the global stage.

India has some natural advantages that make its manufacturers self-reliant. Its artisans have always been admired for their versatile craft, especially in the footwear sector, in which India is the second largest producer after China. This industry has embraced expertise of artisans starting from traditional handmade methods to innovative new technologies.

Keeping the upending supply chains and businesses in mind, Indian manufacturers had a major opportunity to expand their horizons with maximum support from medium and small enterprises that played a significant role in the current scenario. Realising the potential of the Indian market at par with the global competitors, most businesses stopped imports and began setting up domestic manufacturing units.

Even the government stepped up to help recover the economy by announcing a package of ?20 lakh crore under the 'Aatmanirbhar Bharat Abhiyan' to make India self-reliant and prepare it for any future economic collapse.

In the last fiscal, the Indian footwear market grew by around 4.5 per cent. Considering the major crisis everyone has faced now, there is a crucial need to develop a more robust ecosystem to achieve consistency in supply chain along with the availability of raw material in the domestic markets, which will fill the void between delayed supply and demand. Even if there is a need to import some of the unavailable products or raw materials, the government should give some duty waivers to produce items in bulk.

Manpower is the foundation of any industry and India has abundance of it-both skilled and unskilled. But there is a need of a sound system of labour policies as a large number of the labour population is willing to work and contribute their fair share in the self-reliant movement.

As footwear continues to play a significant role in complementing the fashion industry, the biggest advantage of a career in this industry is that the purchase of regular footwear is not dependent on seasons. This industry has had a fruitful entrepreneurship in the country, living up to the time-tested adage of poverty alleviation through self-sufficiency and it can help take Indian brands to the global level.

While the nationwide lockdown has given a major blow to the footwear industry, it has also given entrepreneurs an opportunity for the industry's growth at a global level. The industry will see an increase in demand through digitisation, if operated intentionally. The e-commerce market can play a significant part in the current scenario as everyone's attention has been diverted online. It is only fair to exploit the opportunity and grow with it. Technology has always and will always play the biggest role, no matter what the situation is, and the time has come to develop links between large and export-oriented units with micro manufacturing units. Obviously, it can be inferred that micro, small and medium enterprises (MSMEs) are striving hard for the upheaval of the footwear sector. Yet what is of importance is to change the mindset of the youth who must realise that apart from entrepreneurship, sustainable ways are also a significant means of self-reliance.

India indeed has the potential to gradually make its own products with adequate push from the government.