Wool is a multipurpose natural fibre rife with unsung value and renewability, yet as textile trends turn almost unanimously toward synthetics, its supply chain is suffering. Wool is widely, deeply undervalued. It provided warmth and softness for centuries, but today the fibre and textile are viewed merely as a byproduct of the meat industry.

It’s value and profitability, therefore, are in danger. And of course, the Covid-19 pandemic nearly nailed wool’s coffin according to recent reporting published by the Sustainable Food Trust, this year’s global slowdowns and shutdowns have forced the global market for crossbred wool to halt, after British wool saw a third of last year’s 27 million kilos still unsold before the 2020 shearing season started. Consequently, buyers are only paying an average of 32p per kilo, with mountain or coloured wool as low as 15p or less.

Gareth Wyn Jones is a Welsh sheep farmer with much heartfelt news to report about his wool work. In a Facebook post in July titled “The True Cost of Wool,” he noted that he will receive only about 20 pence per fleece, with shearers getting just more than a pound each.

That’s not much, for all the work required. But it appears that ever since the development of cheaper synthetic textiles in the early-to-mid 20th century, wool harvesting is seen as archaic, its shearing simply a livestock welfare necessity. 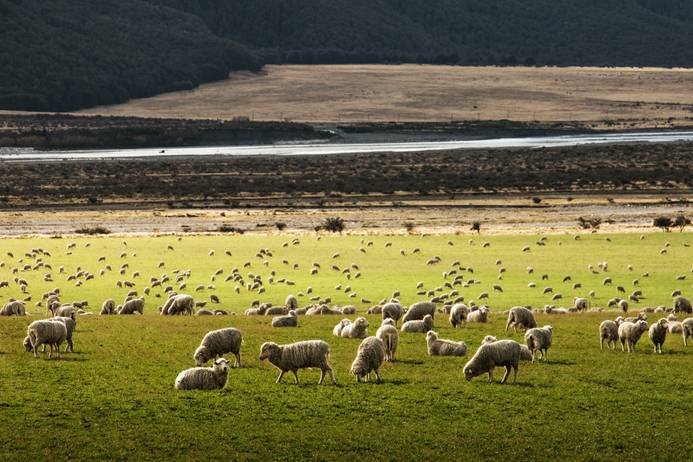 “It’s not just about the money,” says Jones, in his plea for wool.

“It’s about this amazing product” Jones urges as he holds up his freshly sheared wool, which in the textile manufacturing process can be manipulated into a range of thick, coarse yarns to thin, silky yarns “it’s an insulator, isolator, doesn’t burn, has so many properties; I use it around my vegetable plot, it’s just truly amazing.”

Vegetable plot? Intriguing. It turns out, as an entirely natural fibre, that wool can be composted. In fact, according to thatsfarming’s Farm Hacks, “Dirtied belly and back wools, which contain dirt and faecal matter, make for excellent compost material”. It’s also a fantastic option for a mulch according to SARE (Sustainable Agriculture Research & Education), wool is not just a great weed barrier, but it also helps maintain soil moisture and regulate soil temperature. What’s more, plants have greater amounts of nitrogen when wool is used as a mulch, which leads to higher productivity and yields.

Organic in origin, scraps left behind of [unadulterated] wool will eventually break down and return to the earth—and maybe help the soil. (Treated and coloured wools may be an exception to this.)

Companies looking to be sustainable in their supply chains ought to zero-in on wool for its all-natural properties. They should attempt to support wool farmers who focus on small quantities of high-quality sheep, for a higher price, instead of procuring cheap wool from mass meat farms. Raising sheep in limited quantities may actually be good for the ground, as apparently (according to Fernhill Farm) sheep grazing in larger nomadic style flocks helps restore biodiversity.

Somerset-based farmer and sheep breeder Julie Baber, author of “The Worth of Wool” states: “As excessive numbers of sheep degrade our hills, and microplastics, much of it from washing synthetic clothes, pollute our watercourses, seas, and even our bodies, surely a reduced stocking density combined with a resurgence of natural fibre and local provenance is the way forward?”

It’s time to wake up and invest in sustainable potential.

Jones laments in his video that wool harvesting with the way the market is going, despite the fibre’s extensive properties and value is “a total waste of money”. First, because it’s hard work to obtain. As the Sustainable Food Trust notes, the hours are long and the pace relentless, requiring a great deal of physical and psychological stamina. Also, unless farmers have large places indoors for shearing, even light rain disrupts an already difficult task and high temperatures make the process even more exhausting.

And if wool continues to be seen as a waste disposal business, there is a very little market reward for its reaping. Meanwhile, it would be a sustainable solution for more companies to embrace wool for its potential beyond textiles. 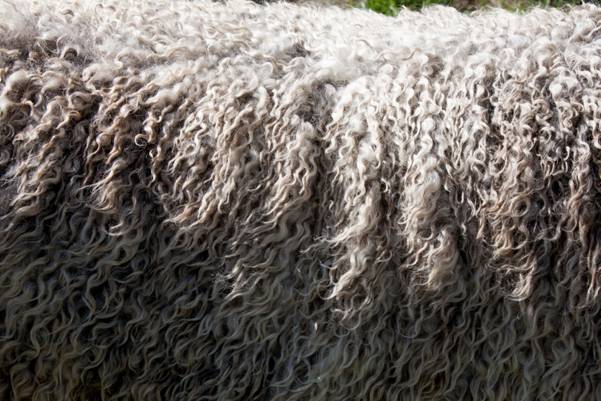 For example, in addition to compost, Jones lists potentials like insulating houses or even developing packaging out of wool. We hadn’t heard of this, but it turns out that wool-filled packaging insulators actually keep food and pharmaceuticals cool. British company Woolcool claims that wool is not only effective in keeping temperatures at the desired level but also significantly more environmentally friendly than the [non-biodegradable] polystyrene commonly used for insulated bags and boxes.

But if we continue to value synthetics over natural fibres, there will not be enough incentive to continue the production of wool.

Jones concludes his informal exposé with an urgent call for wool’s preservation. “Let’s work together to make sure this stuff is not devalued and not thrown away, and not buried or burned. Also to sustain a future for our wool. And the people, the knitters, the crafters, and everybody that tries and helps.”