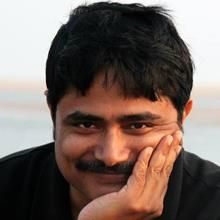 The adverse impact on the novel coronavirus on the textile and textile products (TPT) sector in the Asia-Pacific (APAC) region in 2020 led to retail sales plummeting in key export markets and workers and enterprises throughout supply chains getting affected.

When initial reports of the novel coronavirus spreading in parts of China arrived, few had imagined the extent of the heath and economic catastrophe that would lead to. The shift towards the crisis began slow, but accelerated every week soon after. Its adverse impact on the textile and textile products (TPT) sector in the Asia-Pacific (APAC) region in 2020 led to retail sales plummeting in key export markets and workers and enterprises throughout supply chains getting affected.

Imports by major buying countries from garment-exporting countries in Asia dropped by up to 70 per cent in the first half of 2020 due to collapsing consumer demand, government lockdown measures and disruptions to raw material imports, the International Labour Organisation (ILO) found. Worker layoffs and dismissals sharply rose, while factories that reopened are often operating at reduced workforce.

Massive drops in working hours due to the COVID-19 crisis have had a devastating effect on jobs and incomes in APAC, according to ILO, whose Asia-Pacific Employment and Social Outlook 2020 released in December estimates that the economic backlash of the COVID-19 pandemic wiped out some 81 million jobs in 2020.

Fashion brands cancelled an estimated $15 billion worth orders when the global lockdown closed retail outlets earlier in the year. Apparel retailers used force majeure clauses in contracts with overseas suppliers to cancel orders. Many such orders had already been completed but brands refused to accept shipments, leaving suppliers stuck with millions of dollars of unsold stock. Dozens of apparel retailers and fashion brands in the United States, Europe and Asia closed hundreds of stores or filed for bankruptcy. Many businesses were wrecked beyond mending.

An analysis of government import data for the United States and European markets identified a $16 billion hole in clothing imports for 2020, largely due to cancelled orders.

Interviews with nearly 400 garment workers in Myanmar, India, Indonesia, Lesotho, Haiti, Ethiopia, El Salvador, Cambodia and Bangladesh conducted by human rights group Worker Rights Consortium (WRC) found that almost 80 per cent of workers, many making clothes for some of the world’s largest fashion brands, are going hungry. Almost a quarter of those surveyed said that they were facing daily food shortages. The report found that across all nine countries, workers had experienced an average 21 per cent drop in wages since the beginning of the year, leading to many being unable to cover basic living costs.

Three-quarters of the respondents in the WRC survey said they were borrowing money to buy food, and almost half of these workers are still working at the same factory that employed them before the pandemic, which implies that even those who have managed to keep their jobs are taking on debt to cope with falling income, said Genevieve LeBaron, professor of politics at Sheffield University and a co-author of the WRC report.

Women, who make up the majority of the workers in APAC, have been disproportionately affected, aggravating existing inequalities in earnings and workload.

The Regional Comprehensive Economic Partnership (RCEP) was signed by 15 APAC nations on November 15. It is expected to come into full effect after at least two years. Trade among member countries of the Association of Southeast Asian Nations (ASEAN) is not necessarily going to be affected hugely by the RCEP as the tariff line is already close to zero.

On a positive side, during the third quarter of 2020, retail sales of textiles, clothing, footwear and leather goods in specialised stores in the European Union (EU) increased by 62 per cent compared to the second quarter, according to the European Apparel and Textile Confederation (EURATEX). The EU27 production also experienced a rebound compared to the previous quarter with 25 per cent in textiles and 33 per cent in clothing.

ILO initiated several initiatives to protect income, health and employment of RMG workers and support for employers during the pandemic. The global ‘Call to Action,’ an international multi-stakeholder initiative facilitated by ILO, is an example of industry-wide, solidarity efforts to address the crisis.

Fitch Solutions in July predicted that Asia, primarily, Vietnam, Bangladesh, Cambodia and Myanmar, will remain dominant players in textile manufacturing. The positive outlook was supported by the large young population and low labour costs, with further benefits to be gained from the supply chain shift from China.

Asia is likely to dominate garment production over the coming decade while China looks at reducing its apparel manufacturing operations and move up the value chain, Fitch said later. India and Indonesia, with cheap labour and large domestic markets, may, however, lose out due to the lack of conducive business environment, it said.

But news of another wave of the novel coronavirus with new strains and resulting lockdowns makes the first half of next year capricious.