A new, ethical, and sustainable alternative to leather has recently received attention within the textile industry. As the call for sustainability within the trade continues to grow more pertinent than ever, the option for fungal based leather goods seems most appropriate.

Upcycling and regenerative practices are currently believed to be two of the most sustainable forms of textile production. With the overwhelming amount of deep-rooted damage already cast upon our ecosystem, the less we take out and the more we put in, the better. A recent study published by Nature Sustainability discovered a regenerative and upcycled alternative to traditional leather options — in the form of fungus.

At the moment, only two major ways of producing leather exist: the traditional way via a cow's hide, which takes time (and is seen as unethical), as well as the alternative method, which in a very catch-22 type way requires plastic, and therefore oil. This new method of producing leather via fungus may soon trump traditional techniques and take over the industry altogether. 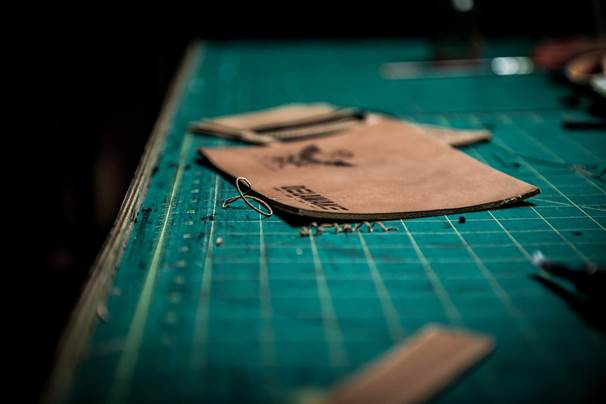 The process of experimentation with fungal matter to produce materials dates back to the 1950’s. At the time, scientists began to file patents for fungal mats, in efforts to produce paper, wound dressings, and other such materials. However, the process never caught on. But in the last two decades, the United States, Indonesia, and Korea have all put in efforts to experiment with fungal leather as an ethical and sustainable substitute for current procedures. In the last decade alone, companies including MycoWorks and Bolt Threads have both begun to manufacture and sell fungal based leather goods.

The leather itself is derived from a mat of mycelium, which essentially is nothing more than thick sheets of woven fungus, similar to the type that pops up naturally after rain. The magic in these mycelium mats lies in their ability to grow easily on any organic surface, such as sawdust or agricultural waste. This ability speaks to its potential within the world of regenerative practices and placing energy back into nature’s equilibrium like state.

“With leather, you’re limited to the skin that an animal produces over its life, whereas mycelial mats can be grown to specifications,” Sophia Wang, co-founder of MycoWorks, in her recent interview with Asher Elbein for the New York Times.

Dr Alexander Bismarck, a materials scientist at the University of Vienna who helped to co-author the recently published study in Nature Sustainability, also takes note of the potential for custom design specifications within fungal produced leather fibres. Given the scope of the fungal matter, as well as the extent of organic materials they may thrive upon, leather can be specifically produced to be say extra stretchy, or water-resistant, or stain-resistant, or extra rough. The possibilities are as wide-ranging as the millions of fungal species there are to choose from. 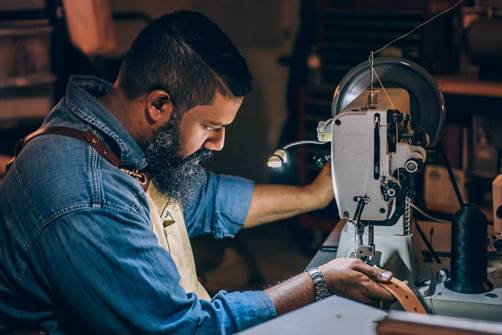 “It feels a bit and smells a bit like a mushroom, still, but it looks like a piece of old leather jacket,” Dr Bismarck to The New York Times said.

In addition to the spectrum of possibility within texture and design, the material and production of fungal leather are considered to be far more sustainable than the currently available options. As evidenced by a 2017 report published by the United Nations Industrial Development Organisation, leather derived from cowhide, specifically the tanning process, is energy-intensive and responsible for the creation of a high percentage of carbon footprint.

The more ethical substitute for leather consequently uses plastic as the main element, which requires oil and other high uses of energy.

Dr Mitchell Jones, head author and materials scientist from the Vienna University of Technology states that in the case of fungal leather production, “You’re getting a biological organism to do all of your manufacturing for you, so there’s no real energy requirement. It doesn’t require light. And once you’ve got this material, you can process it according to quite simple chemical treatments compared to what you would normally do for leather tanning.”

But the process is still new, and though the material appears durable in its early stages, it is still too soon to tell how it will last against the test of time. “Initial industry results indicate the durability is quite good compared to animal leather,” Dr Jones said. “But some of the industry are cheating a bit because they incorporate a felted polyester and make it into a composite leather.”

The question of price is something to ponder as well. At the moment, fungal produced leather is still only in its inaugural stages, producing proof of concept to the luxury market. Bolt Leather partnered with Portland, Oregon based company Chester Wallace and launched the first-ever product made from Mylo, known as the Driver bag. The bag became available on September 5th and sold for about $400, a price similar to that of a well-made leather bag.

Yet Dr. Jones has an inclination to believe that the costs are likely to go down as the industry continues to grow. “There’s already massive mushroom cultivation industries that are producing all kinds of mushrooms for the culinary market. The technology to mass-produce mushrooms is already there.”

The current environment appears ripe for fungal growth as changes within the textile industry continue to take root. The only question moving forward is if consumers will feel as equally as enticed by the magic of fungal based leather.