Fashion, as a business model, depends on the obsolescence of old clothes to make room for sales of new ones. (And of course, post-consumer textiles, in the form of garments, are inevitable even without trends. Clothes wear out. They get stained, sweaty, tattered if not torn. We grow out of them, as our bodies change in various ways.) But, where do these obsolete garments go? Unfortunately, they create enormous piles of waste, some of which get resold, but a lot of which gets thrown away, because textiles are largely not recyclable. 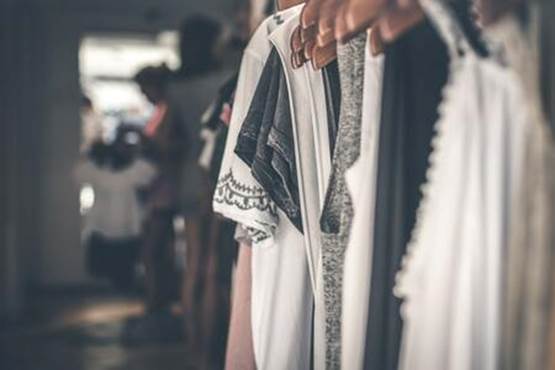 Sustainability-minded textile and garment producers need to consider the important question of where old textiles go when consumers are done with them.

A pile of old clothes is seldom broken down and recycled, for the same reason that recycling facilities require the sorting of metals, plastics, and papers: varied fabric contents, like polyester, cotton, etc can’t all be respun into new, workable material. And even if there are developing ways to break down all the threads uniformly, a pile of old clothes also contains extra applied items like trims, zippers, buttons, rivets, sequins—to name a few—only some of these can be removed with specialised magnets.

The current model for achieving any circularity in the system of replaceability (to keep textiles out of landfills) is for old clothes to be resold. But even collectors and resellers such as The Goodwill and The Salvation Army (in the United States, for example) are flooded with old consumer goods, much more than they can sell. The influx is constant; The EPA reports that Americans generate 16 million tons of textile waste a year.

To make some room, some secondhand vendors often sell and send old clothes to markets of foreign countries. Roughly 700,000 tons of used clothing gets sent to other countries annually. (The negative impacts of which are another article entirely.)

And the piles of unfit-for-resale clothes without too many trims can also be sold to a textile recycler for shredding, the resulting thread fluff pile of which gets used as housing and car insulation.

A new global reseller attempting to help combat the lack of textile recycling is TerraCycle, a US-based start-up that helps companies and consumers alike recycle almost every type of waste.

TerraCycle’s process involves collecting consumers’ or companies’ unwanted textile-based goods or unusable scraps in purchasable boxes, then segregating fabrics into their respective categories (such as nylons, cotton, etc) to be either reused, upcycled, or recycled as appropriate.

In New York, the Department of Sanitation manages Donate NYC, which offers the same, via drop boxes and designated drop off locations.

Nonetheless, the EPA estimates that the recycling rate for textiles in clothing and footwear is only about 13 per cent, based on information from the American Textile Recycling Service. 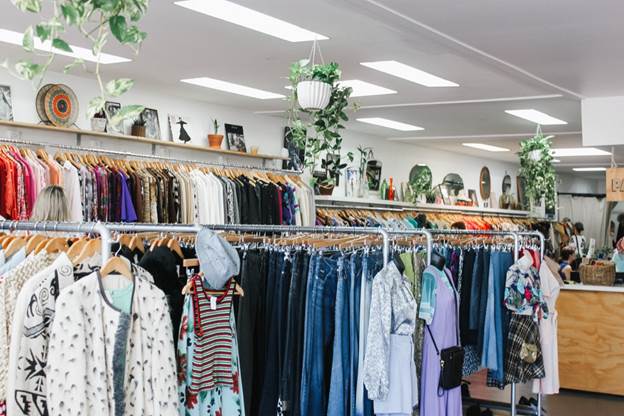 Could companies who effectively create this waste problem, then, instead of relying on haphazard or noncommittal recycling efforts, actually take matters of reuse into their own hands and utilise post-consumer textile waste in their supply chain?

There’s a thriving hashtag on Instagram for #ReFashion, but as of now there are only a couple of household name companies who are actually asking consumers back for their lightly used goods, and remaking them into sellable clothes.

In 2019, Patagonia launched its ReCrafted line, which initially re-produced thousands of jackets, sweaters, and accessories upcycled from old Patagonia garments. ReCrafted pieces are sold for about the same price as a new item and are available on the company’s Worn Wear division (the website of which provides visitors with an additional wealth of further reasoning for upcycling).

The same year, Eileen Fisher ran out of storage space in which to collect old clothes, after ten years of offering her customers with a gift card in exchange for their return of damaged or unwanted items. The brand cleans, resells, and upcycles these donated pieces under its Renew collection, which has driven a profit of approximately $3 million.

Otherwise, it’s mostly small and indie designers using old clothes or fabric scraps in their design development. For some examples that bigger companies could try to replicate:

• Re/Done denim has gained a customer base by restoring and re-sews old denim into new, hip silhouettes.

• Designer Anne James New York uses lightly upcycled pieces from reseller Poshmark and waste-fabric collector FabScrap (which now also collects over-used clothing from Rent The Runway) in her sourcing, and lines some of her clothes with old silk bathrobes instead of buying new satin linings.

One problem is, it’s extremely difficult to rework a finished garment, especially one with embroidery, ruching. As each piece needs to be uniquely undone, restitched, or retailored, there’s no way to produce any collection at scale, and perform as a traditional fashion model. It’s very slow: it would take extra time per each garment and be even more expensive therefore to create “new” pieces out of old ones—instead of just cutting out new pieces. Alas, inability to produce at scale means inability to secure large orders which means, usually, an inability to make any sustainable (in another sense of the term) profit.

We wonder if it could be the same raw cost, however, in that instead of sourcing fabric, designers would pay instead for the careful task of tearing apart an old garment. (Unlikely: a finished garment often costs more than a yard of raw fabric.)

In conclusion, a corporate effort to thoughtfully use up what pre-exists requires slow, arguably backward work—entirely antithetical to the current industry system.

But the consumer mindset about pre-loved goods is changing, and it might be valuable (invaluable, rather) for companies to attempt to slow down their production and incorporate post-consumer recycling into their supply chain.

Another method would be to continue to push to develop textile recycling systems that sort and break down various fibres and make them possible for reuse. Using this method: an amazing new company, Circulose, has developed a way to harvest a new natural material made by gently recovering cotton from worn-out clothes.

Aside from clothes, the fields of furniture and fine art have great potential to utilise the mass resource that is post-consumer textile waste. There are possibilities within interior decoration such as filling couches and weaving carpets out of excess textile materials.