Textile and apparel imports for United States saw a sharp rise in March 2021 after a prolonged period of negative growth. This rise indicates expansion in both consumption and industrial demand in US economy. Expansion in demand in the largest economy of the world bodes well for the global textile and apparel industry and the overall global economy.

The United States Textile and Apparel imports saw a sharp year-over-year rise in the month of Mar-21, registering 31.8 per cent growth in value terms reaching USD 9.1 billion as reported by OTEXA. US imports of textile and apparel products had been declining since Aug-19, even before the pandemic began, except seeing slight positive growth of 1.5 per cent in Nov-20, perhaps because of festive demand and pent-up consumption demand post the restrictive lockdown during the first half of 2020. The sharp rise in textile and apparel imports for Mar-21 are probably very early signs but new COVID-19 infections declining sharply in the US, to levels below those reached in Sep-20 bodes well for demand recovery in the largest economy of the world.

All major categories in the textile and apparel imports saw a strong year-on-year (yoy) increase in growth in the month of Mar-21. The sharp rise in overall imports was predominantly because of high positive growth in apparel imports to the US, which constitute more than 70 per cent of the overall textile and apparel imports. US apparel imports grew by nearly 25 per cent in Mar-21, after a prolonged period of negative growth over the last year and a half. A large part of this rise is expected to be because of rising consumption demand and not due to base effect as COVID-19 related restrictions became stricter largely after the first quarter of 2020. While rise in apparel imports signifies boost to final consumption demand, imports of intermediates have also been rising strongly since Sep-20. Yarn imports to the US have had a healthy growth post Oct-20, posting an average growth of 18 per cent yoy over the last five months. Fabric imports have also seen a massive 20 per cent yoy growth from even before, since Sep-20, posting a whopping 33 per cent yoy growth in the recently updated data for Mar-21. Non-apparel imports have also grown strongly since Sep-20 with an average growth of 20 per cent yoy, accelerating substantially in Mar-21 with a yoy growth of 51 per cent.

In terms of sources, several top import partners of the United States saw substantial rise in textile and apparel imports in Mar-21. China after its continuously sliding exports to the US since mid 2019, saw a whopping growth of 132 per cent in textile and apparel exports to the US. This, however, is purely due to base effect as Chinese exports started to decline in early 2020 by as low as 40 per cent in Mar-20. Imports from China remain significantly lower than levels reached in 2019, predominantly because of developments on trade front as part of the continuing trade conflict. Other importing nations to the US have seen strong pickup in Mar-21, after several months of weak demand. Vietnam saw a 35 per cent rise in textile and apparel imports to the US on the back of increasing demand within the US but also shifting flows of imports from China to other trading partners, of which Vietnam has been a key beneficiary. Imports from India saw a strong 18 per cent yoy growth, from Pakistan saw a growth of 38 per cent yoy in Mar-21, and the latter has been particularly strong during the last six months growing at an average rate of 24 per cent yoy. Textile and apparel imports from Cambodia grew by 30 per cent yoy in Mar-21, from Israel grew by 43 per cent yoy, from Turkey grew by 48 per cent and from Poland grew by almost 87 per cent.

As the largest economy and consumer market for the global economy sees sure recovery, these import numbers for Mar-21 may perhaps be good signs for the textile sector across the globe. With import demand in the United States going above pre-pandemic levels, economy recovery for many of its leading trade partners will also become highly likely. Textile and apparel industry supports a significant proportion of employment in many of the emerging markets and employs more than 23 million workers globally. Recovery in global demand and revival in textile trade will provide a much-needed relief from the pandemic induced squeeze in incomes and savings for major part of the globe. 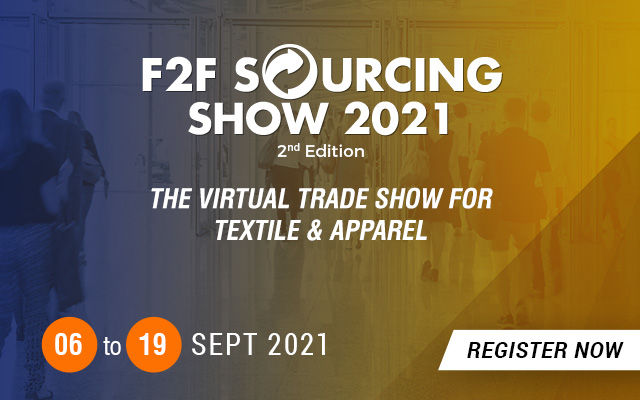