Home / Knowledge / Article / GSP / GSP Stalled, But India and America Want It Back

GSP Stalled, But India and America Want It Back 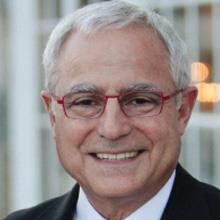 America’s renewable Generalized System of Preferences (GSP) programme was stalled in January of this year and since then the US importers, merchants, and brands have been paying burdensome duties (taxes). While these duties will likely be re-imbursed upon renewal, the increased cost sits with the American consumer and is already contributing to the current “transitory” inflation that America is experiencing.

GSP is an effective American trading tool, but the programme may have been improperly weaponised by former President Trump’s team – when it decided to remove India’s GSP benefits on March 4, 2019.  This particular action was a wasted day for trade relations between the two countries, simply because most of the issues at hand could have been resolved at the negotiating table. There are, however, some in the trade community who truly believe that the Trump withdrawal should be looked at again, and even reinstated under President Biden.

For those not familiar with GSP, it was created back in 1974 and there are now 119 countries eligible to participate in the programme – following a detailed review of proposed products by the US Trade Representative (USTR) and the International Trade Commission (ITC). Domestic manufacturers can oppose any of the petitions and China/Vietnam are not eligible to participate because the programme excludes Communist governments. History buffs understand that GSP is widely considered to be premier opportunity for the United States to promote economic development with designated beneficiary countries; by setting tariffs to zero and promoting trade which, in turn, encourages economic growth.

However, with all the merits being fully stated (and truly appreciated by many small businesses in America), the current GSP programme lapsed on the 1st day of this year, and Congress has not renewed nor re-imbursed all the tariffs that have been paid since January 1. The US Senate recently included GSP in its version of the Trade Act of 2021 – with added provisions for enhanced labour, environmental, and gender equality standards. However, the House version of the legislation is somewhat different and, perhaps, in other ways more complex. The goal is to merge the two bills and get a completed text that can become legislation before the end of 2021.

According to the Office of the USTR: GSP “boosts American competitiveness by reducing costs of imported inputs by US companies to manufacture in the United States. GSP is especially important to US small businesses, many of which rely on the programme’s duty savings to stay competitive.” The problem for GSP over the years – is that many times the programme failed to incorporate products that developing countries could actually make.

In 2015, Congress made the first significant change to the original 1974 GSP legislation, by adding travel goods – which included backpacks and handbags. The results of this timely addition have already been extraordinary. Over $5 billion dollars of travel goods left China and moved to GSP eligible countries like Cambodia, Indonesia, and the Philippines. China’s US market share for travel goods dropped significantly – indicating a robust swing away from China – and a further stabilisation of travel goods supply chains.

While the EU often reviews and updates its GSP and GSP Plus programmes, the US version has been prone to be more stagnant. New products rarely get added, and programme renewals are often delayed. The addition of travel goods was the result of a three-year effort against virtually no competition, since travel goods were not made in the US – and China, at the time, controlled most of the US market share. Apparel and footwear still remain excluded from GSP, but there is a movement to add some select footwear back into the programme, as long as the additions remain non-competitive with the US domestic manufacturers.

The removal of India from GSP was quite a topic of discussion when it happened, because India was the biggest user. Total Indian exports under GSP were around $6 billion which amounted to about 12 per cent of India’s overall exports to the US. The argument from the US side was that India no longer qualified for the programme, because it was already a developed country. That concept had some validity, but the data failed to tell the whole story. The real issue, at the time, was that the former Trump Administration thought they had a trade fight they could easily win. Former President Trump was complaining about the US trade deficit with India, plus access for Harley Davidson motorcycles and Whiskey that America wanted to sell. Most economists will tell you that the trade deficit is irrelevant and it actually gets worse when the economy is good.

India, to its credit, did cut the Harley Davidson tariffs, but Harley decided to pull out of the country because its sales were not good. Whiskey, on the other hand, was a real sticking point with India’s 150 per cent tariff, but former President Trump used the high rate to make a point when he said: “India, as an example, has a 150 percent (hard to believe) tariff on whiskey. They make whiskey, and they sell it to us. We charge them zero. We sell it to them; they charge us 150 per cent. So, I would say, other than that, it’s a very fair deal. Okay?”

The bottom line was that the pulling of India’s GSP designation in 2019 was a bit political and overly dramatic. It affected items like auto parts, jewellery, pharmaceuticals, and agriculture – and (over time) it did nothing to improve the “goods” trade deficit with America. In fact, the addition of tariffs succeeded only in raising the cost for US consumer.

Months after GSP was pulled, there was discussion within the Trump Administration about bringing India back to the programme – as part of a symbolic good-will gesture tied with a mini trade deal between the two countries. Data shows that the pulling of the GSP benefits did little harm to India’s economy, and probably caused more issues for the US than it was worth.

When GSP was finally pulled, India issued retaliatory tariffs on US exports specific to 28 categories including apples. In the Senate interview for the new USTR candidate back in February of this year, US Senate Finance Committee member Senator Maria Cantwell (D-Wa) was focused on apples being tariffed by India, when she asked: “When would the Biden Administration restore India’s GSP status and help us with apple exports?”

America’s nominated USTR (Katherine Tai) was in the hot seat at the time, and Senator Cantwell asked the candidate directly about GSP with India. Katherine Tai responded: “On your question on GSP in India, let me say that if confirmed, this is very high on my radar.”

With a lot of confidence that America’s new USTR will follow through on the study of India’s GSP revocation, it is good to recall the great humorist Will Rogers, who once said: “I tell you folks, all politics is applesauce.”

In the case of India and the revocation of GSP, Mr. Rogers may have been totally correct.

To the question on the Congress renewing the US GSP programme, Congress is now preparing for lengthy summer recess, and small business America hopes to see GSP renewed as soon as possible.