The much-awaited PLI scheme for textile industry was announced last week by government of India, and the intent is clear--the government plans to bring economies of scale in more upstream segments of man-made textiles supply chain and technical textile segment. Added to that, the initiative will generate employment opportunities for the industry. A report.

Government of India’s much awaited Production Linked Incentive (PLI) scheme for the textile & apparel industry was announced last week with a total planned outlay of ?10,683 Crore. The scheme is envisaged to provide much needed push to bring economies of scale in production of MMF apparel, fabrics and technical textiles in India, as well as to generate employment opportunities in the textile industry.

Details of the scheme

The PLI scheme, as the name suggests, has sales (revenue) and investment criteria for companies to avail benefits. The scheme will provide incentives during the period FY 2025-26 to FY 2029-30, while performance of the participants will be evaluated for the previous years. A gestation period of two years FY 2022-23 and FY 2023-24 has been given for firms to begin production.

Only a manufacturing company registered in India will be allowed to participate in the scheme provided that the company is willing to invest a minimum amount and is able to generate a minimum revenue during the scheme period. The scheme provides for two brackets for this eligibility criteria.

1) Minimum capital investment of ?300 crore to produce goods notified in the scheme along with a minimum revenue generated of ?600 crore per year during the period of the scheme. On reaching minimum revenue, an incentive of 15 per cent will be provided for that year.

2) Minimum capital investment of ?100 crore to produce goods notified in the scheme along with a minimum revenue generated of ?200 crore per year during the period of the scheme. On reaching minimum revenue, an incentive of 11 per cent will be provided for that year.

However, under both the criteria, companies will be given incentives in the subsequent years only if they can generate a minimum 25 per cent growth in revenue from previous year. The incentive rate will also be reduced every year from year 2 onward by 1 percentage point.

There are certain other provisions for selecting participants and calculating incentives which are mentioned in the ministry’s notification.

1) Only projects which involve processes and operations to enhance value by not less than 60 per cent in integrated fibre/yarn to fabric, garments and technical textiles will be selected.

2) For proposals involving independent fabric processing, the minimum enhancement value is 30 per cent.

Additionally, smart textiles have also been included in the notified products list. Since, no HS code exists for the same, the notification mentions that a new HS code need to be created for this category.

The three graphs below show India’s share in the broad categories notified in the scheme relative to the competitors. The graphs only cover the HS codes that have been included in the scheme to give a better perspective of India’s relative position in these segments.

India has the largest share in MMF fabric exports (23.5 per cent), next to China, thanks to the vast amount of domestic supply of raw materials. The exports are still only half of what China supplies and the PLI scheme will likely bring a change in this share for India.

In MMF apparel exports, India has a relatively smaller share (2.3 per cent) which is reflective of India’s position in apparel market as well. For technical textiles exports, India’s share is yet to pick up (at 3.1 per cent in 2019), and the PLI scheme will ensure tremendous boost to production capacity in India for both these segments. 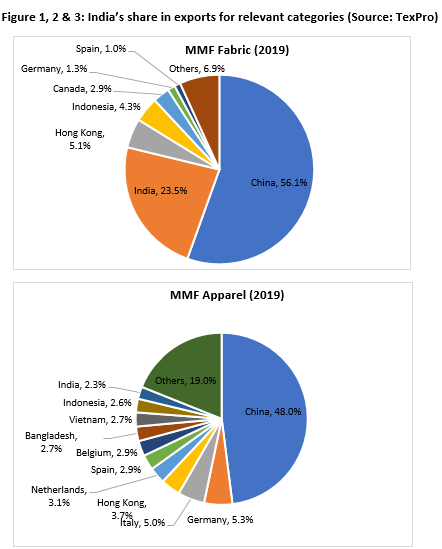 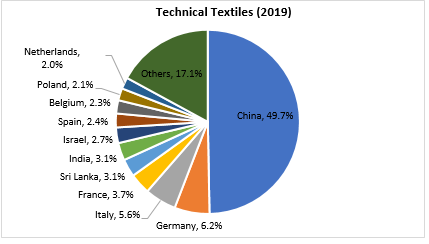 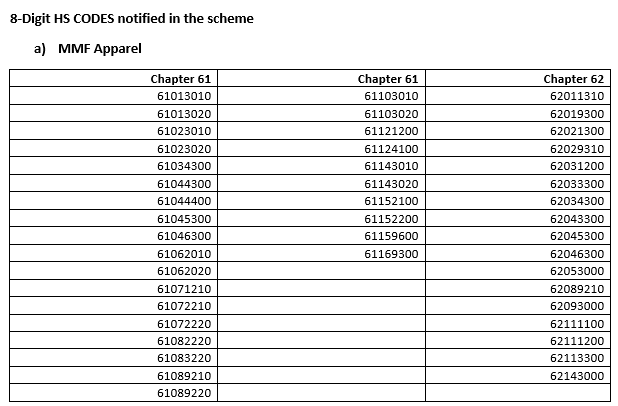 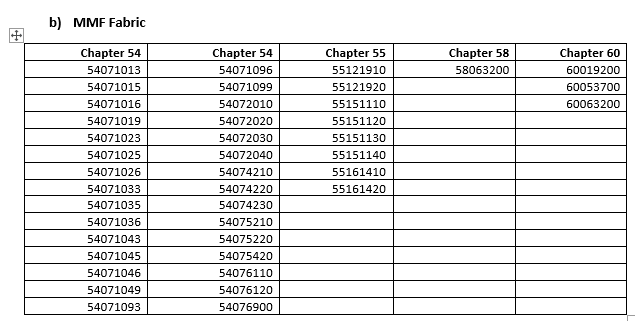 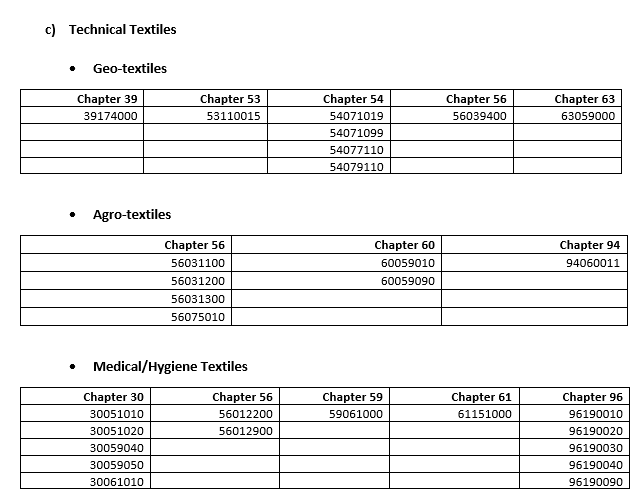 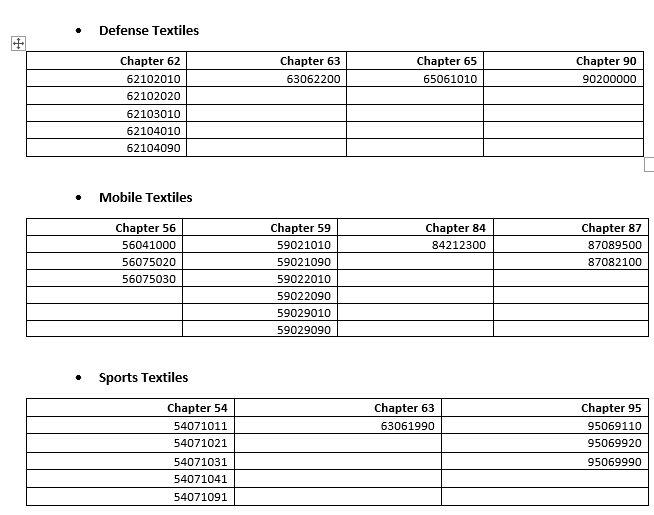 With a major boost to the textile industry through the PLI scheme, it is expected that the industry will receive fresh investments worth ?19,000 crore and an additional production turnover of more than ?3 Lakh crore over the five years of the scheme. As a result, India’s production capacity and share of exports in the notified HS codes and broad segments is expected to see a tremendous increase over the next decade.