IMPRESSIONS from a Cross-section

How would you describe your transition to the online mode of education? What were the initial challenges faced and how did you overcome them?

Trainers faced immense challenges as most were not tech-savvy
The acute shortage of trained faculty and good infrastructure forced many fashion institutes to close during the pandemic as they could not keep up with technology and offer world class education. Others switched from offline to online through global connections and trained faculty. Fibre2Fashion spoke to few heads of fashion institutes to evaluate how smooth their transition has been from offline to online mode of education. 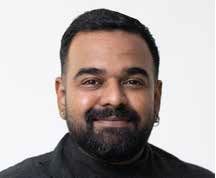 Whistling Woods International, transitioned seamlessly to the virtual platform within a week of having to go online, when the lockdown was announced. We opted for blended learning methods, and this was possible due to the versatility of the curriculum, the team's readiness to adapt to change, the support teams of the institution, and the readiness of the students.
We had to make a few improvements to the system in conducting classes, which was not easy, but the institute ensured every effort was taken so that learning was not affected. The switch from classroom to virtual learning needed a different skill set for students and faculty. The initial days were challenging, as many students were relocating to their hometowns, while both faculty and students had to acquire stable and high-speed internet connections and find suitable spaces in the homes to conduct/attend classes.
Students were provided with the recordings of the sessions they missed, and even refresher sessions were organised. As an institute, several new SOPs were put in place to ensure that learning remained uninterrupted. Universal remote access was set up, allowing students to access all their data on the WWI servers as well as the high-end computing resources on campus from their homes.
We have used multiple platforms to host classes and introduced new software that has helped continued learning in the absence of materials that were once conventionally used. Master classes, guest lectures and workshops with industry professionals continued online. All theory classes were conducted online, with practicals, workshops and shoots being done on campus in smaller student groups. We ensured the lessons were engaging, interactive and effective, and our students were learning something new with every lesson. 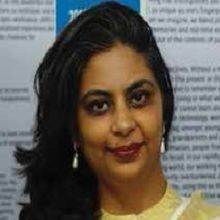 We went online overnight on March 16, 2020. We were about two months away from completion of the term. Revisions were made to the syllabi to make them doable through online modes of learning and these were reviewed on a weekly basis. In this phase-I of online, we found some courses fitted in very well, while others were undoable. Due to the disruption caused by the sudden lockdown, all senior year thesis projects had to be completed digitally. They were given a workshop in Daz 3D Studio and Photoshop that equipped them to produce their work digitally. Their toiles, however, were made on campus before the lockdown, which allowed them to create a comprehensive thesis book.
For Fall 2020, the strategy was academic continuity, timely and clear communication, setting up of home studios by students with dress forms, sewing machines and irons on dining table or floor for cutting fabrics. Synchronous and asynchronous learning was created through PowerPoint presentations and demonstrated, like showing iteration in miniature forms or writing down the steps of toile development with sketches. Google Classroom was used to communicate instructions. It could've been difficult, but the focus on academic continuity without compromising on quality and the health and safety of our students, teachers and staff became a mantra. 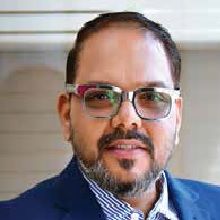 Our decision to adopt a hybrid method of learning that incorporates online as well as socially distanced physical classes revealed how design education can be conducted in new formats and expand the scope and potential of its practice.
As online ways of education were something that we had not been practicing before the pandemic, the transition had its own drawbacks as with any new practice. However, we consider its initial stages as a trial and-error process that enabled us to learn so much about our own teaching methodologies, approach design education and implement new ways of dealing and adjusting to new problems. The main concern of the online education system was to make it interactive with the students who were sent videos pertaining to practical skills executed by the faculty, in their own learning environment. Notes prepared by the faculty and recorded classes were also given student access. Theory classes were incorporated with certain workshops in order to make the class more interactive, friendly and engaging.
The institution uses Google platforms. The staff were given a workshop by Google on using the platform effectively. One of the limitations imposed by hybrid education was the students' lack of access to technical labs and we had to create and execute design ideas within the context of their living spaces. There were challenges related to availability of machinery and other facilities, but they were supported to navigate alternative ways of fashion and design, which helped develop a broader understanding. 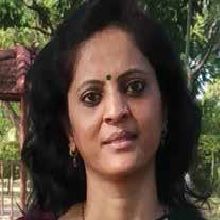 Being a design institute, it was imperative that we take the right steps for the practical approach even though we had to move to online platform. The faculty members were encouraged to innovate their teaching methods not only to disseminate the curriculum but also to keep it engaging for the students.
Since this situation was not unique to GSD but in every true sense a new normal, everything had to be made keeping the best interests of the students in mind. There were many new tools and techniques that were introduced and a quick shift in upgrading digital skills was implemented. Digital technology has also enabled students to realise that they must use methods especially in sustainability and construct responsible businesses. Sharing knowledge and learning new skills plays an important role and prepares students as creative thinkers and problem solvers.
Since GSD is not only about classroom learning, we wanted to continue with this. There have been constant interactions with entrepreneurs, experts and consultants from design and other industries. The curriculum had to be broken down in smaller modules, but the content was never compromised with.
Digital skills and various innovative methods have been an integral part of the GSD curriculum.? Faculty development sessions with partners like Adobe were scheduled for them to better equip themselves with the software upgrades. Introduction of more hands-on methods of learning, using different and locally available materials and resources were helpful in imparting practical lessons to the students. Students were encouraged to do independent research and thinking. 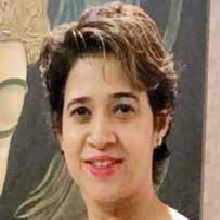 It was equally easy as well as difficult. Easy since we immediately shifted to online technique, which made teaching a possibility, and difficult because teachers and students had to adjust to the new normal, which was a challenge.
We have grown technologically by incorporating new applications to create designs, impart knowledge online, send messages through emails, conduct online presentations, send online audio-visual information through different computer applications. Our methods were simple as all faculties had good connectivity in the form of internet connection, mobile instruments and laptops. We had provided them machinery and dress forms required for the classes. Initially, we rolled out theoretical subjects and later owing to the prolonged pandemic, we successfully carried out practical subjects like pattern making, embroidery, illustration, drafting, etc.? 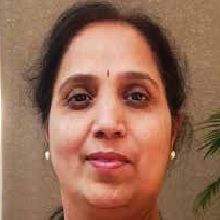 After several meetings and reviews of online education, internet connectivity and SOFT's in-house education management system along with videos and online sessions, a system was devised. Videos were prepared for all subjects and made available to students. The MCQs were designed for videos and students were required to finish within eight hours. These videos also helped students suffering from Covid-19 as they could continue their studies. Initially, it was difficult due to many faculties lacking the required equipment. At times, connecting with Zoom or Google Meet was not effective; so, educational videos were preferred. The faculty was also trained for voice modulation, body language and content management, as technology became an integral part of education. Our homes became our classrooms, with access to global webinars, workshops, and conferences.
The institute created videos, contact sessions, individual interaction with Arts University Bournemouth Creative Thinking with industry experts. The faculty was trained for the virtual class system, which was implemented through Educloud, besides being trained in blended learning system with training of the Google Suite and its applications related to Google Meet, conduct classes, develop MCQs for evaluation process. The Blooms Taxonomy Training Session helped develop the study material and also analyse the students' performance along with hardware and software. The orientation of Bloomsbury was given along with reference Z Library.
For practical subjects like illustration, pattern making, draping, traditional embroidery, dyeing and printing, videos were developed with demonstration of the modules. After the videos were shared, the students worked on the assignments and two/ three contact sessions were provided where the faculty interacted with students in batches or individually to solve the queries. The submission of the assignments were on the Educloud software where the faculties have given individual comments to the students. 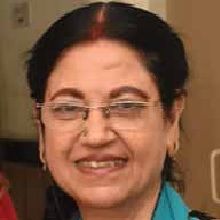 Trainers faced immense challenges as most were not tech-savvy, did not have the space to conduct online classes without interruption. They are used to personal interactions with students in classrooms and were unprepared for virtual learning. Internet failure and students logging in erratically, besides nonavailability of demonstration material, are challenges. Creative fashion design and art are more practical-oriented subjects. The lectures/briefs given did not work with students for the lack of practical guidance and non-availability of stationery and art materials, sewing accessories, fabrics, etc. Students' interest and participation faded out and online classes became mentoring and professional based. 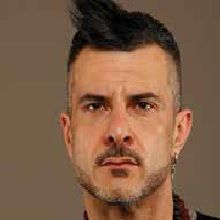 Five years ago, Pearl Academy envisioned the role that technology plays in educating students and invested in the right technology, training of faculty members and digital curriculum. This helped the institute in seamlessly transitioning to 100 per cent online teaching mode in less than two weeks. Since the lockdown, 3,300 students have undertaken 1,300 weekly online classes in design, fashion, contemporary media and creative business.
The few tools adopted by Pearl Academy: Implemented the world's most advanced learning management system (LMS) and all faculty trained in teaching through this LMS. Before Covid-19, 20 per cent of the overall curriculum was digital and taught online, which has now been scaled to 100 per cent with free access to Coursera and Business of Fashion course modules.?
The faculty development programmes and Coursera course on 'virtual teaching specialism' supported professional development of the faculty on effective online pedagogy, making online teaching creative, innovative and interactive using Black Board Collaborate and Zoom Cloud. 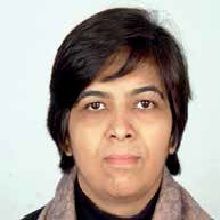 We have learned to live with the new normal. When the institute started online classes from April 1, 2020, it was difficult both for faculty and students but with timely intervention by seniors, everyone was able to adjust. The faculty members were trained online for multiple online teaching platforms like Microsoft Team, Google Classroom, and others. We developed a small dress form and taught the students to make tabletop dress forms of half size with available materials at home.?
This article was first published in the July 2021 edition of the print magazine. 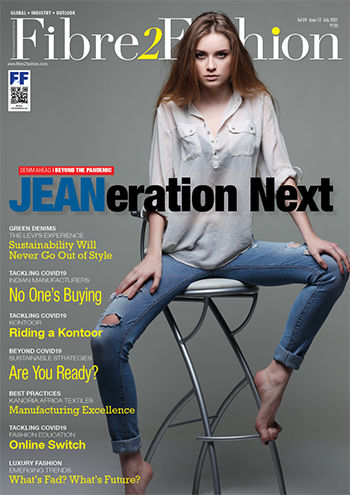 The pandemic has reinstated need for organised retail spaces in Tier II and III ...

We are staring at livelihood crisis for weavers