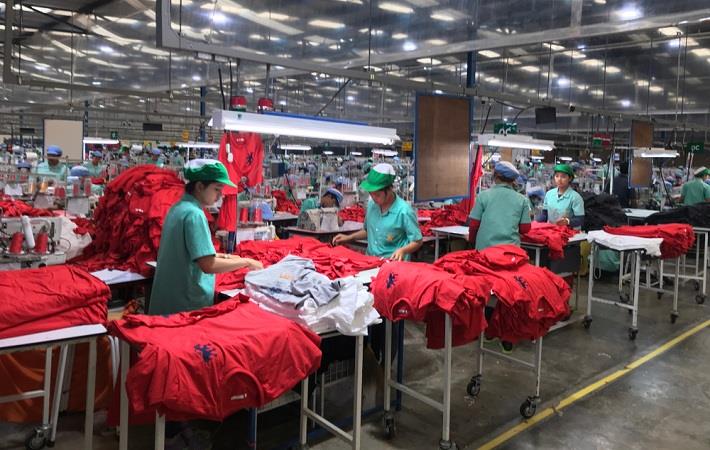 Pic: I Love Coffee dot Today / Shutterstock.com
Similar pandemic-induced problems of supply chain disruptions, factory closures and export losses were observed in all the five major textile-garment producing nations in the Southeast Asian region, viz. Cambodia, Vietnam, Indonesia, Myanmar and the Philippines. The year also saw signing of the Regional Comprehensive Economic Partnership.
For the textile-garment industry in Cambodia, the biggest development of the year was the February 12 decision by the European Commission to partially suspend the ‘Everything But Arms’ (EBA) trade benefit for the country over human rights concerns, writes assistant editor Dipesh Satapathy in the January 2021 edition of Fibre2Fashion as he looks back at the year that was. The EBA withdrawal became effective on August 12.
Around 90 per cent of all raw materials used to manufacture garments in Myanmar comes from China. Hence, disruptions to the Myanmar garment sector first started in February, when raw material imports from China became sporadic as a result of covid-19 closures and lockdowns. The situation worsened after coronavirus was declared a pandemic by the World Health Organisation (WHO). By March, several garment units had stopped operations in Myanmar as EU countries cancelled orders.
For Vietnam, the year 2020 was significant as it surpassed Bangladesh to become the second positioned in global garment and textile exports during the first half of 2020. Government data from both the countries showed Vietnam earned $13.18 billion from such exports in the first six months of the year, while Bangladesh earned $11.92 billion.
For the first time in two decades, recession hit Indonesia due to the pandemic-induced crisis. The country’s textile-garment industry, plagued by low productivity, high logistics and energy costs, multi-layered value-added tax regime and outdated machinery, went on a PPE production spree during the pandemic resulting in a surplus within a few months, despite complaints over quality and distribution.
Subscribe now to read the complete article in the much-awaited January 2021 print edition of Fibre2Fashion

India's Cabinet chaired by Prime Minister Narendra Modi has given its ...

The pandemic has reinstated need for organised retail spaces in Tier II...

Synthetic colours and dyes were all the rage till the very first ban on...

Launched in October 2020, the Gumti app could not have come at a more...

Ventile is a registered trademark used to brand a special high-quality...

Samatvam, a womenswear brand that blends age-old craftsmanship with modern ...

Anjali Bhaskar has an experience of 12 years in the fashion industry. She...